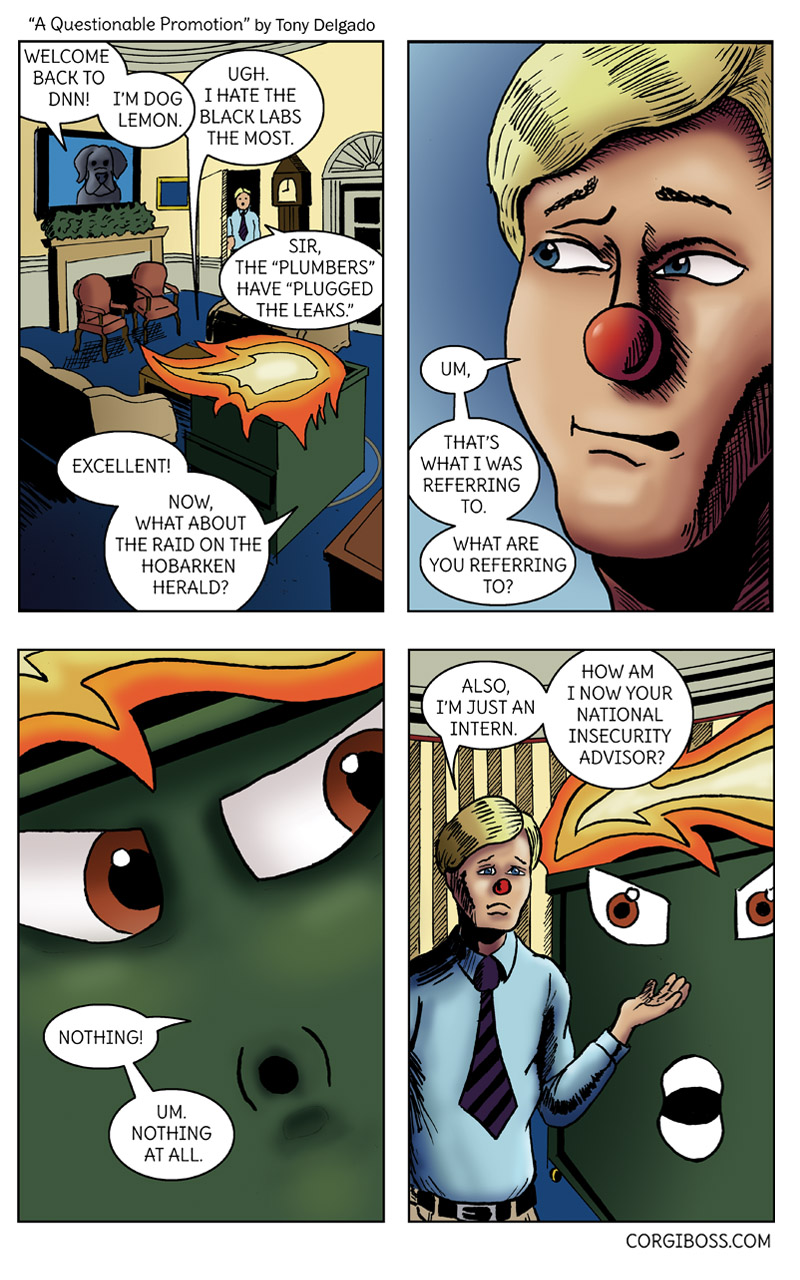 So, next Monday is Christmas. Although my usual update day of Tuesday the 26th is not the day of the holiday, I’ll be taking it off to enjoy. The same thing goes for the update day of January 2nd. There will be a normal update on Thursday the 28th and normal updates will resume on Thursday, the 4th of January. If you’re subscribed to the RSS feed, then don’t worry about any of this, you’ll get your updates as the website pushes them.

Sorry if that’s confusing, but what are the holidays if not confusing? There’s Hanukkah, Christmas, and Kwanzaa too. People have menorahs and advent calendars everywhere. Yeah, apparently advent calendars are different from Ativan calendars, which also might be part of the holidays since the season can be so stressful and strange.

For instance, it’s going to be a very different kind of holiday season at the Hobarken Herald than some of the staff is used to—with most of them in jail. Of course, Mary and The Hawk don’t celebrate Christmas, but they do go out for Chinese food together every year. Kiara usually flies back to the Chicago suburb she grew up in. The boss will fall asleep under the Christmas tree because he likes to think of himself as the gift. Although Joe, who has traditionally been a bit of a grinch about Christmas because he has often felt imprisoned in an awkward sweater while visiting the scary family of his ex-girlfriend Angie, will feel right at home!

Trivia: The intern isn’t even being paid to act as Dump’s National Insecurity Advisor. He’s just getting college credit.