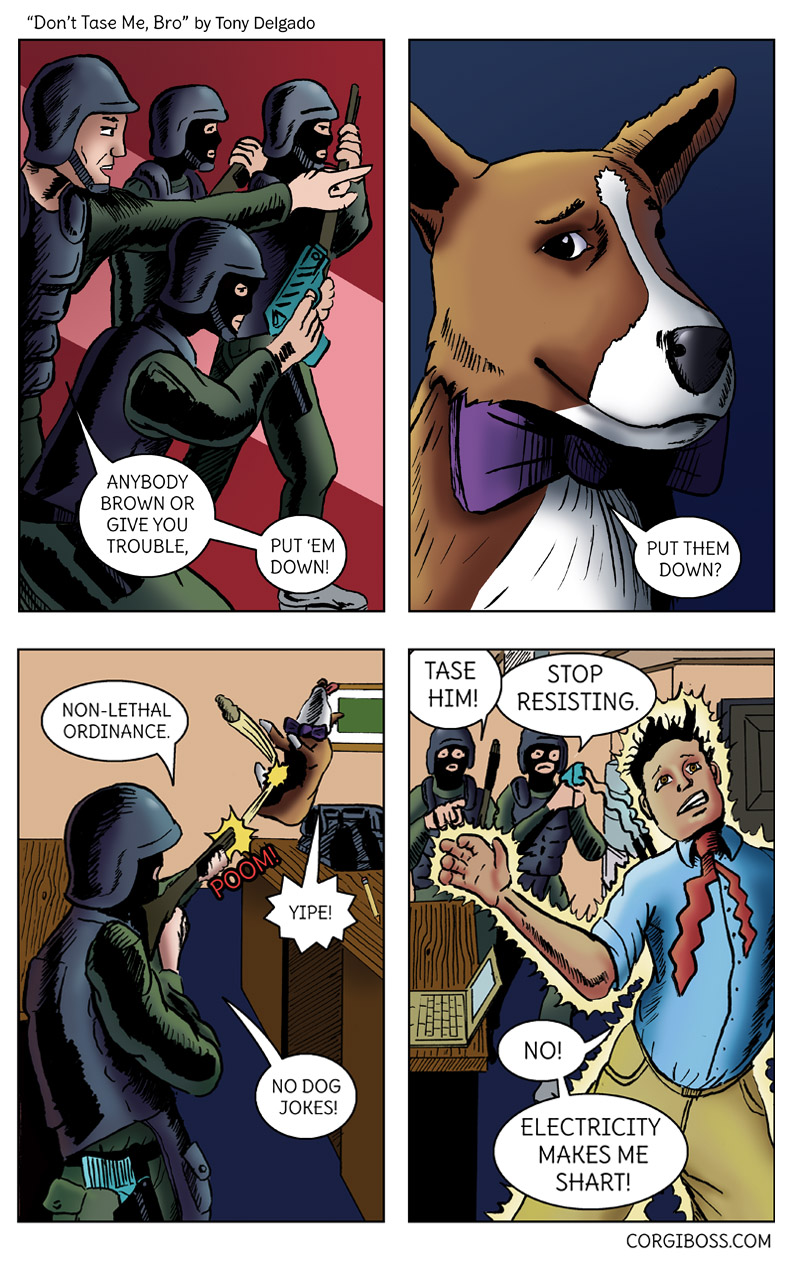 I’ll have to admit that this was a very controversial strip in my household. Ultimately, my girlfriend—who  I’ve mentioned acts as an unpaid, uncredited, and unimpressed editor—objected to the script when she was looking it over. I’d like to say that the strip was almost rewritten due to this controversy, but that’s just not the case. I’ve become pretty good at ignoring criticism from her. You know, usually stuff about me never listening or something. Anyway, I stuck to my guns in this case is my point!

My girlfriend, who often finds the Boss irrepressibly cute, was horrified to see him flying through the air as the result of being hit by the bean bag round fired by a special agent! I sympathize a little, but I have to admit that I find the fictional image of him flying through the air with his little white paws flailing kind of funny. It reminds me of some of the dogs in this video. I also remember advice often given to writers of fiction, that an author should try to make life as difficult as possible for their main characters. I think this satisfies that rubric.

The other controversy I had to ignore was over the joke in the final panel involving Joe sharting from electricity. My girlfriend argued that this was “low humor” and that I was better than that. While a less secure person may feel threatened by those comments, I instead feel deep satisfaction. It’s a good feeling when you realize that someone thinks you are more capable than you are. Her reaction just tells me that my facade of being better than I actually am is working! I mean she tells me all the time (of course) what a great guy she’s ended up with, but—believe me—she settled. Oh yeah, she did.

Trivia: Joe first discovered his “problem” one dry winter’s day in elementary school when he tried to hang out sock-footed with Suzy Gagliardi on the classroom carpet. The results were shocking in more than one way!