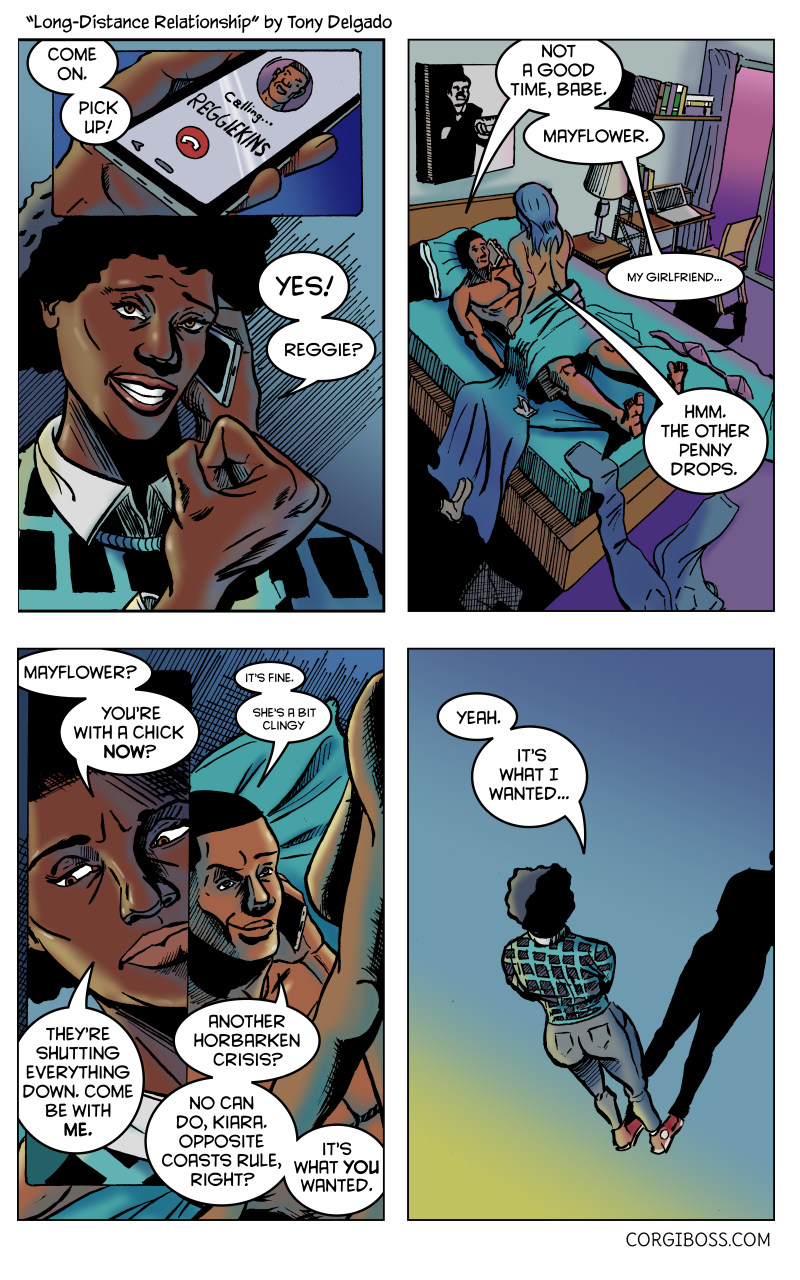 Opinion Page
Social Distancing No Challenge as Couple Has Been Distant for Years!
Posted February 2, 2021 at 12:01 am

HOBARKEN (Corgi Press) — My most viewed comic since the launch of Corgi Boss has always been the sex scene between Kiara and Joe. Thus, I have high hopes that the visits for this particular strip will be through the roof! Well, that is if you’re here for cheap titillation. And, trust me, this is a free webcomic, so the titillation doesn’t come much cheaper! However, maybe I won’t get huge views if you are a Joe and Kiara stan or a Reggie and Kiara stan. Sorry for that!

However, it wasn’t just the internet’s profound interest in sexy line drawings of people “doing it” that made me write this strip. I first got the idea for this strip when Dan Savage was a guest on Marc Maron’s WTF podcast (Hey, what the fuckadelics). He was discussing how the Pandemic had affected people with non-monogamous relationships (throuples, poly, etc.). It seemed that people had to make some tough choices as their free and open relationships became a lot more constricting due to safety concerns around the disease. I mean, do you include your unicorn in your Corona pod? I think so, right?

Speaking of bad decisions. This strip is actually the 150th strip I’ve posted since I made the bad decision to reveal my art to world on a weekly basis! In all seriousness, it’s been a long road to get here, but the Corgi Boss strip has been a great opportunity for me to grow and a nice thing to focus on in this increasingly chaotic world. On to the next 150 strips!