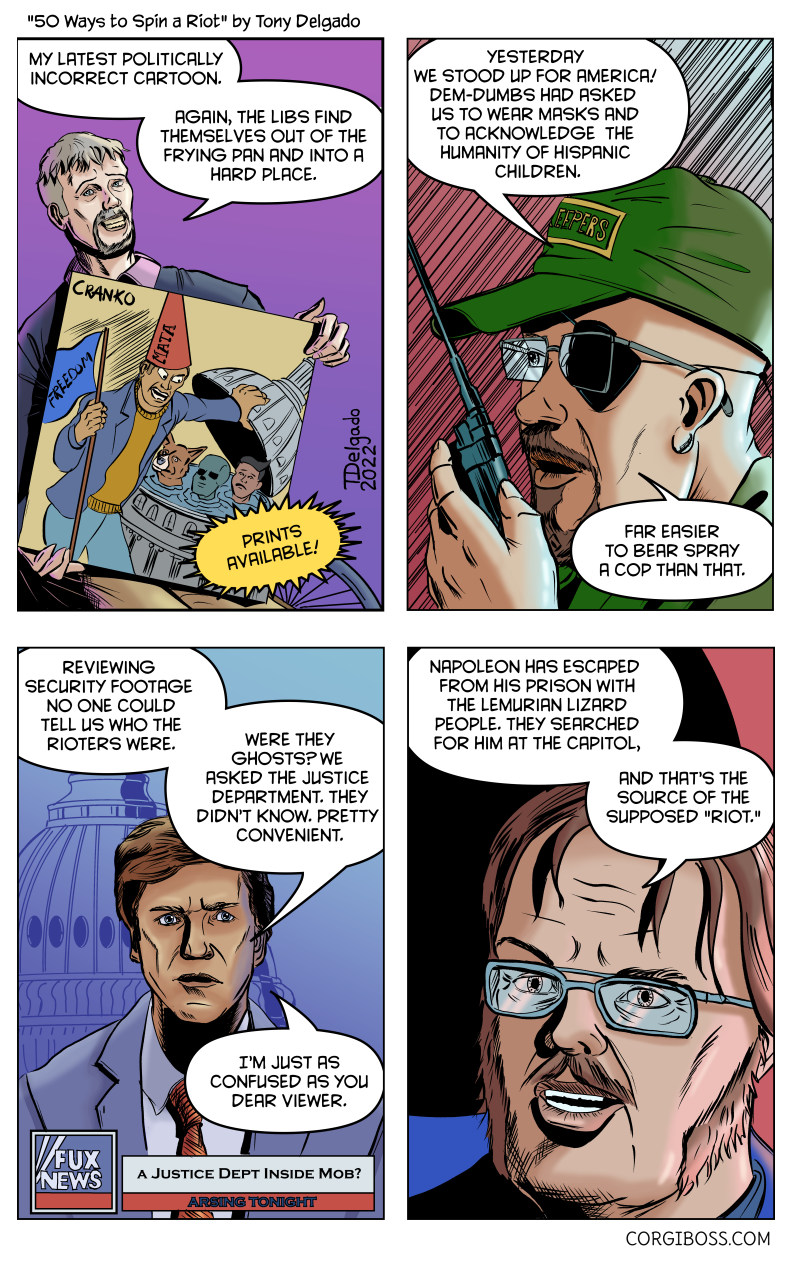 Rereading this comic strip, I think of that terrible show, Sliders. In each episode of the TV show, Jerry O’Connell steps into a cgi effect of space-time colonoscopy. Some prefer to call this a wormhole. Crapped out the other side, he finds himself in a version of his world that has been altered slightly. Red traffic lights might mean go instead of stop in this universe, or Abraham Lincoln may have survived his assassination attempt. This is a bit akin to what it is like the enter the conspiracy theory media sphere, sampling a slightly altered version of our own universe. Both universes agree, for instance, that John F. Kennedy exists, but for one, he’s coming back to kick some ass as a Republican. In this strip, we peer into the other side of the colonoscope as various media pundits create their own version of the Capitol riot.
This sort of split-reality is a general symptom of the deluge of media, but one of the things I find interesting about conspiracy-minded media (or right-wing media heh) is the degree to which seemingly insignificant details of my universe define theirs. Additionally, they have a whole different cast of stars. In such a world, Ricky Schroder and Scott Baio maintain their cultural relevance outside of the syndication of reruns. In this world, a guy who created a TV order pillow is going to save the election. It is a bit like talking to that friend in Junior High School that only listened to Christian Music. They don’t know Kurt Cobain, but they know Amy Grant. No, I don’t want to listen to your music, Jessica. We’re on going to listen to the shit other people actually know about it!
On the movie front, my wife and I are living in parallel universes concerning Drive My Car. I thought it was a good movie, but she keeps emphasizing how it only had some good scenes. Maybe if we both cross our eyes, we’ll see the same thing like one of those magic eye posters.