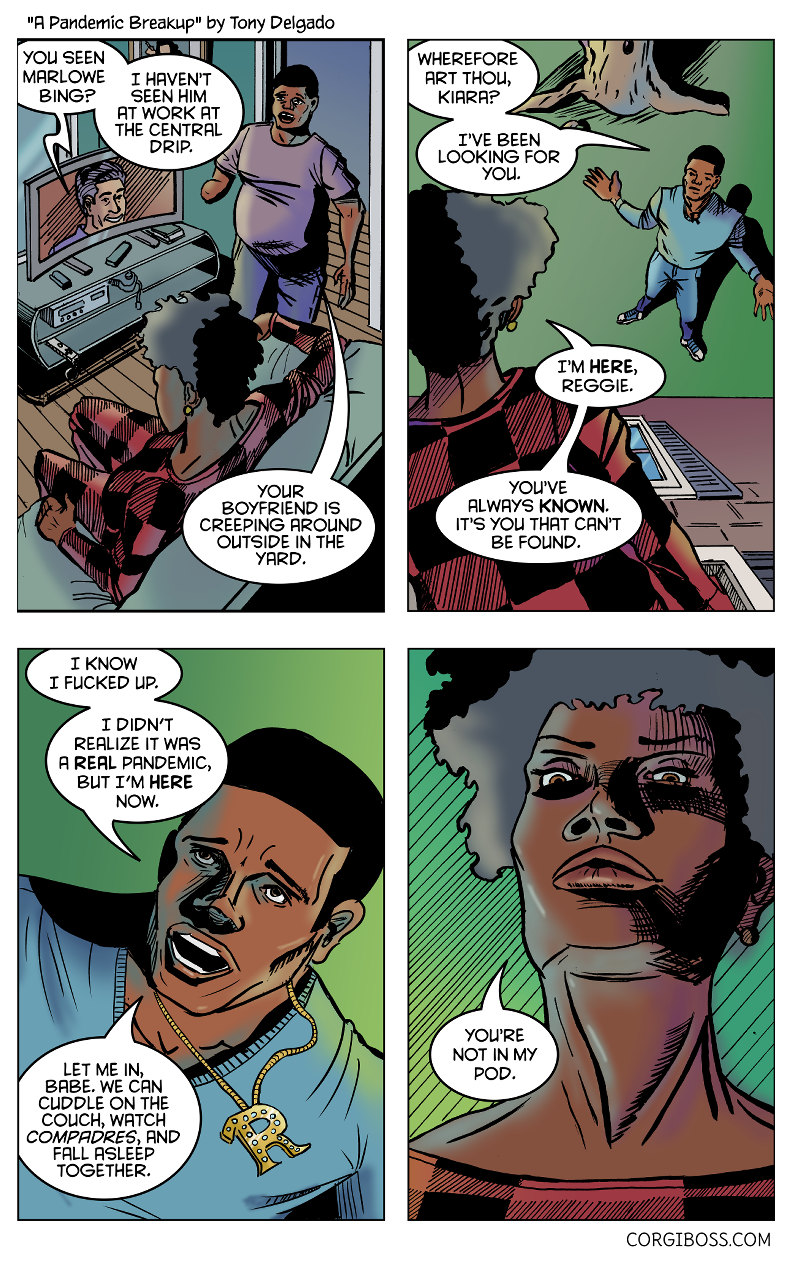 Opinion Page
Podcasting Off: Guy Who Just Bought a Snowball Microphone and Started A Patreon Dreams of Someday Putting His Podcast on Hiatus
Posted March 30, 2021 at 12:01 am

HOBARKEN (Corgi Press) — This one has kind of an in-joke, in that I’ve never watched the TV show Friends. My wife finds it especially funny because I didn’t know the characters’ names, and I thought that the…uh…friends owned a coffee shop together. Additionally, I thought two of the characters were named Marlowe Bing and Schwimmer. I still haven’t seen a single episode of the show, but maybe someday?

So, this looks like the end for Kiara and Reggie, as we see Kiara making the choice that Juliet did not make in Shakespeare’s play: picking her pandemic pod over her love interest. Romeo deny thy father, but do not deny thy vaccine appointment.

I feel like I’ve made Reggie look especially bad this storyline, but I actually don’t think he is. Perhaps, he is a little self-absorbed and insensitive, which isn’t great. However, these strange times have really exacerbated the effects of some of our worse qualities. Maybe if the Novel Parvo Virus had not been there, he and Kiara would not feel so pressed to figure out the status of their relationship, and they could have persevered through it.

Regarding our real-life vaccine, I’m excited to note that I can schedule my own appointment to get vaccinated in less than one week. This doesn’t necessarily mean I’ll get slot quickly, but I’m thrilled nonetheless! Never thought I’d look forward to getting shots, but that’s the world we live in now. Stay tuned for when I look forward to doing my taxes, taking out the garbage, and getting an oil change for my car. Gah!