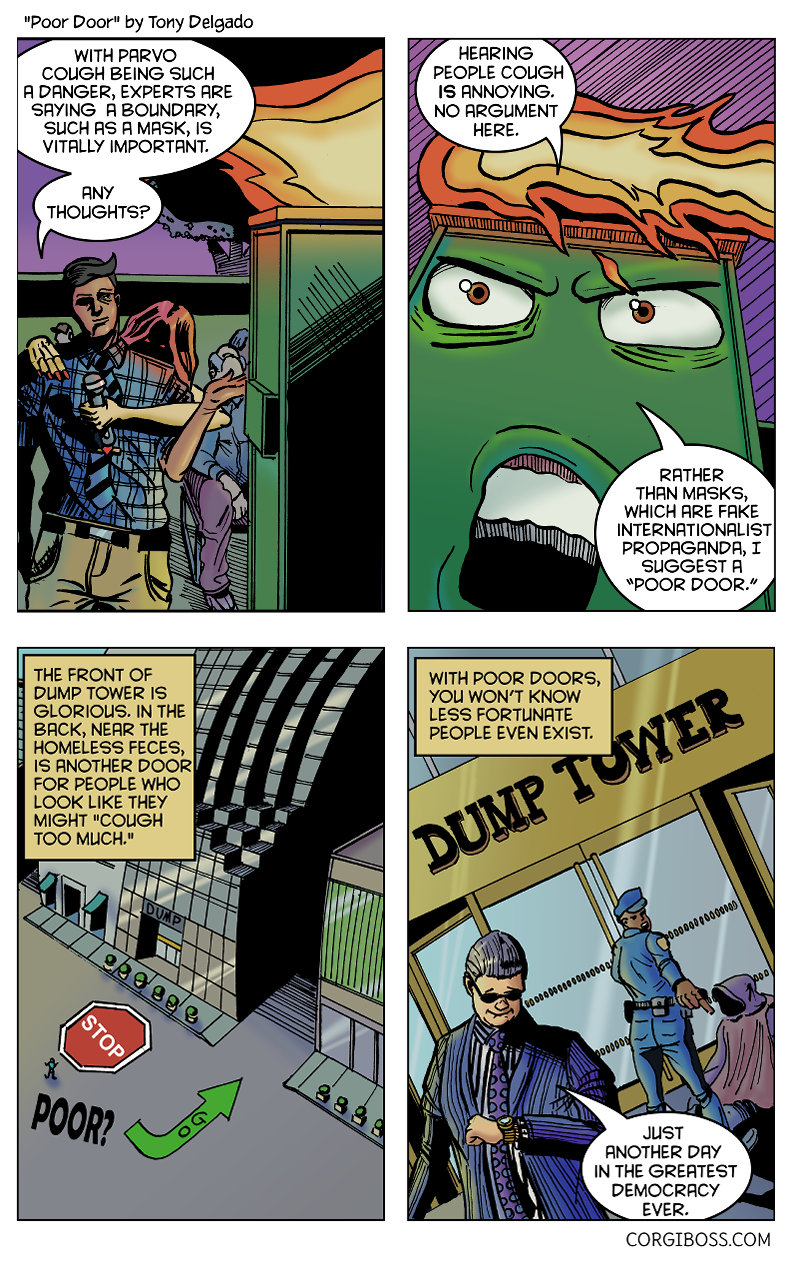 HOBARKEN (Corgi Press) — Poor doors are a real thing! They’re a devious way for landlords to cope with lower income, rent controlled or stabilized tenants when they want to refurb their building into one of those luxury apartment buildings. You know, the buildings with the 350 square foot apartments, a gym with less equipment than your average Planet Fitness, and free Starbucks from a machine that breaks all the time. Those pesky tenants were ruining that exclusivity! Those separate entrances were banned in NYC by Mayor Blah-Blah-So-So a few years ago, but they remain in the world of Corgi Boss.

This strip has Dump imagining poor doors as a way to deal with the people suffering from illness at the hands of the pandemic. It’s funny because one of the side effects of this pandemic has been a greater awareness every day of spaces. This is probably true of everyone, but I find myself constantly thinking about my daily tasks and what they will involve in terms of spaces. Will I need to go inside somewhere? Is it outside? How many people will be in these spaces? It’s crazy! I guess, the real benefit of being filthy rich has always been, and is now emphasized, just having your own space and not allowing others into it.  If you can’t do that in actuality, you can just have the illusion—hence poor doors!

Who knows, perhaps if scientists had not found a vaccine so quickly, poor doors for virus control would have happened in real life! Maybe. Maybe not though since they were made mostly unnecessary when the suburbs were invented.

Lastly, we can also see that Angie has basically wriggled her way into every aspect of Joe’s life—even taking part in a socially distanced press conference in the Rose Garden. Does Angie have a job? Is she an independently wealthy co-dependent? These are all important questions to ask as this story develops!