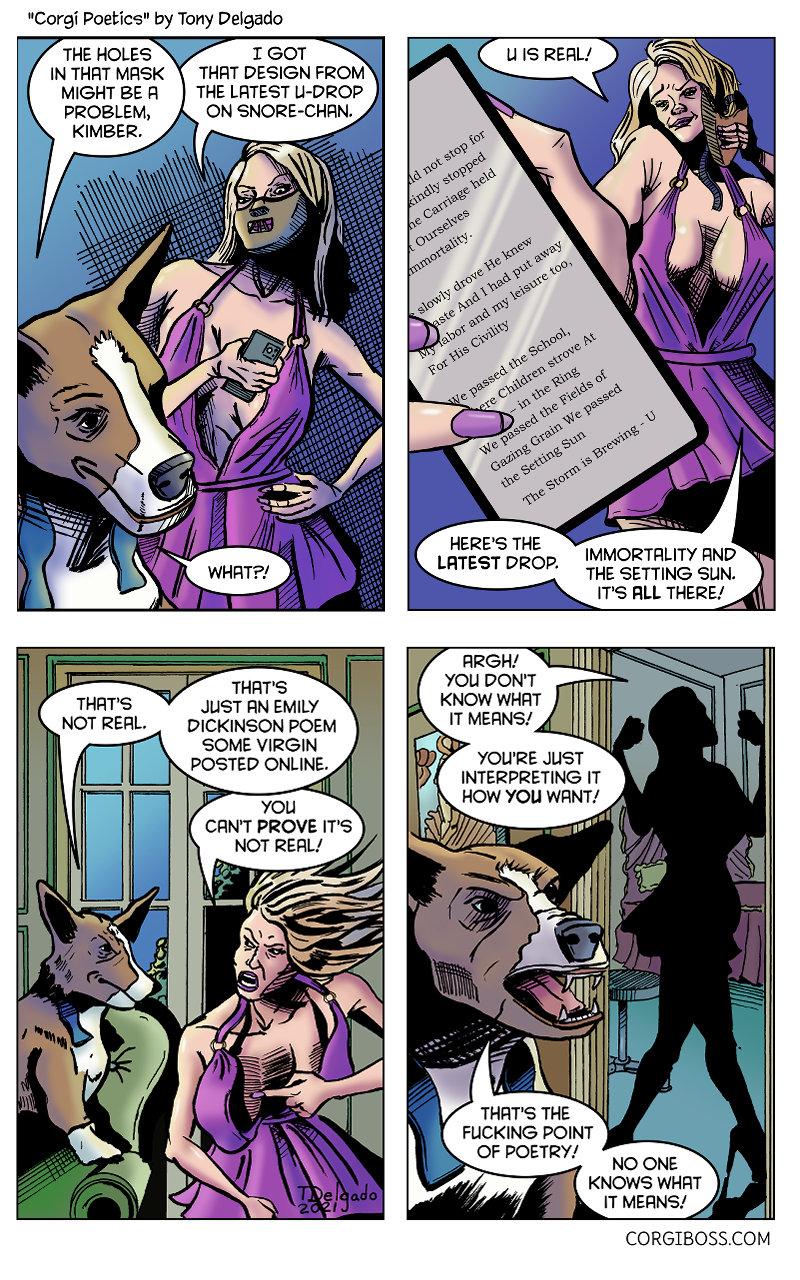 Opinion Page
Poetic Explorer Crashes Due to Mixup of Meters and Feet
Posted March 16, 2021 at 12:01 am

HOBARKEN (Corgi Press) — I was watching some clips from Youtube (for research and not to avoid doing work) of news reports about Q-Anon supporters, and the thing that was the most striking was the believer’s strident insistence that what they believed could not be disproven. In these clips, the reporters of the various 3 and 4 four letter news networks would suggest that an international pedophile ring headed by Washington and media elite but for some reason headquartered in a pizza parlor might not be real. The Q-followers would respond, quite violently, not that it was real per se, but that is was not not-real. “You can’t prove it’s not true!” This is the situation we find Kimber in this week’s strip, finding some strange writing online (Emily Dickinson?) and arguing that it can’t be disproven.

Q-Anon and Kimber also reminds me of the time that I visited, on a lark, the Creation Museum in Kentucky. The exhibits, which featured Adam and Eve hanging out with dinosaurs, often didn’t try to disprove science, but just to prove the idea that perhaps despite science their biblical was not not-real. It was like they hoped that this little bit of doubt might be a gateway drug into shooting directly into your veins the harder stuff of thinking the world, universe, and everything was only 6000 years old. Tangential Sidenote: I once had a DARE teacher tell me that after smoking marijuana the THC would stay in someone’s system…FOREVER. It would return during a stressful moment. You could be taking a test, your SATs, and suddenly you’d be high.

How far down the rabbit hole will Kimber go? Will U-Anon conspiracies stay in her system like toxic THC? We’ll have to stay tuned to find out! See you next week.