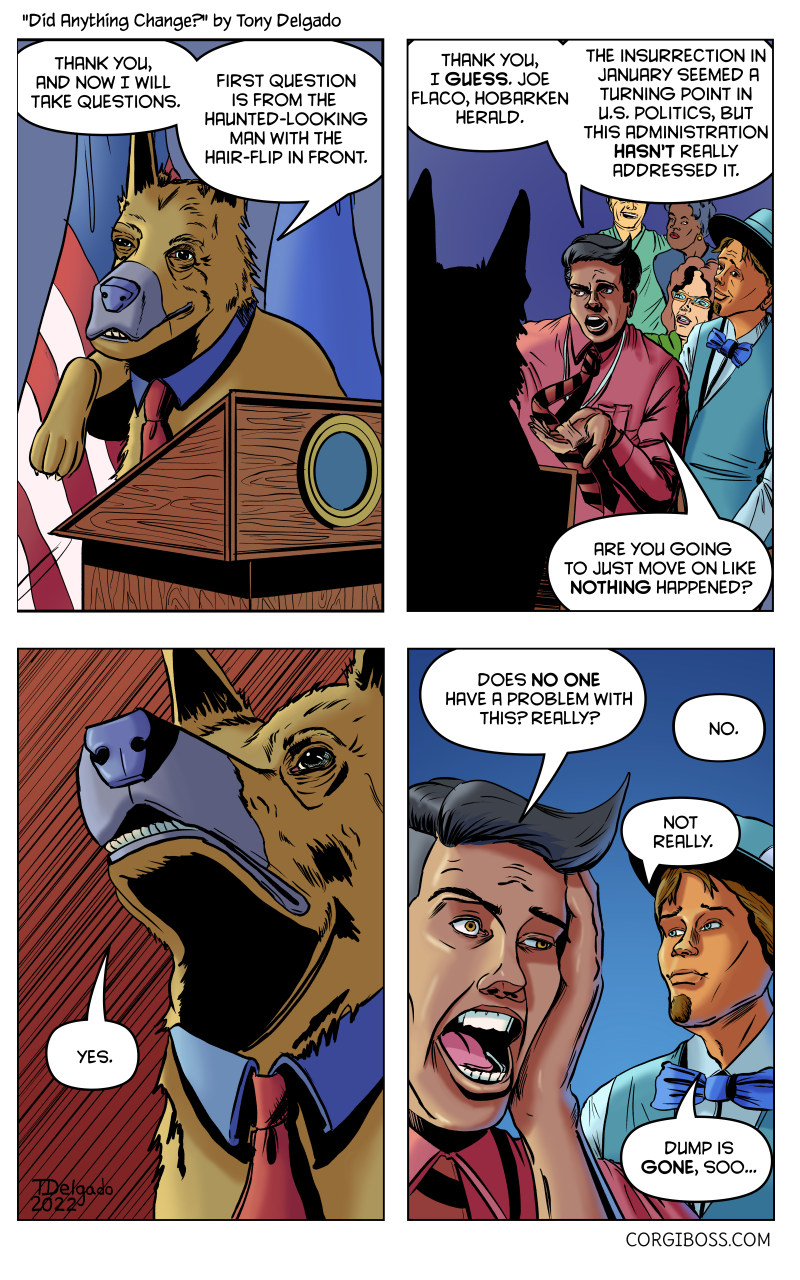 HOBARKEN (Corgi Press) — I’d be remiss in not mentioning that comicbook legends Neal Adams and George Pérez died recently. To say that their collective passing is a door closing for a distinct generation of comic artists is an understatement. To me, Pérez and Adams, more than really any other artists, represent that second generation of comic artists that followed the first of Will Eisner, Jack Kirby, Alex Raymond, et al.

I became familiar with Neal Adams work indirectly, through fan-books put out by Tomorrows Publishing. Reading about the history of Superman comics, and the infamous tenure of DC editor Mort Weisinger and later (more-liked) Julie Schwartz, I noticed that some of the best Superman art out there was by Adams. This is surprising because Adams didn’t actually draw a ton of Superman! He’s more known for developing the darker version of Batman that we know to this day. I would later be astonished by his brief run on X-men as well. What made Adams so astonishing as an artist was the way in which he brought illustration techniques to comics--switching up the formatting of paneling, relying heavily on reference, and amping the emotion of his comics up to 11. It also doesn’t hurt that he was influenced by Alex Raymond, Stan Drake, and Al Williamson, all of whom I love.

In the case of George Pérez, I knew his comic work more directly and in a more immediate fashion. I bought every month the issues of Avengers he did in the 1990s. Somewhere, there is a longbox with a complete run of the Pérez Avengers. I cannot understate how hyped I was in Junior High School to read that an artist was going to pencil the Avengers and use every character who had ever been an Avenger—even the shitty ones! Pérez was going to be squeezing D-man into a panel somewhere. If that wasn’t enough, the first storyline featured an alternate reality in which he had to redesign every Avenger’s costume. Who was this maniac? Also, was this maniac a Latino like me? From there, like many kids, I pieced together some understanding of Pérez’s importance in comics. I picked up Crisis on Infinite Earths, The New Teen Titans, etc. I was hooked. I still have a lot of material to go through since has such a large body of work. Perhaps now is the time to dive into that?

As I continue reading the work of these two giants I know I’ll never be able to draw like Adams or Pérez, but I’ll certainly try. They’ve thrilled and inspired multiple generations. Count me in that group.


Note: It’s Joe Flaco’s birthday today, which is a roundabout way of saying that it is mine as well.