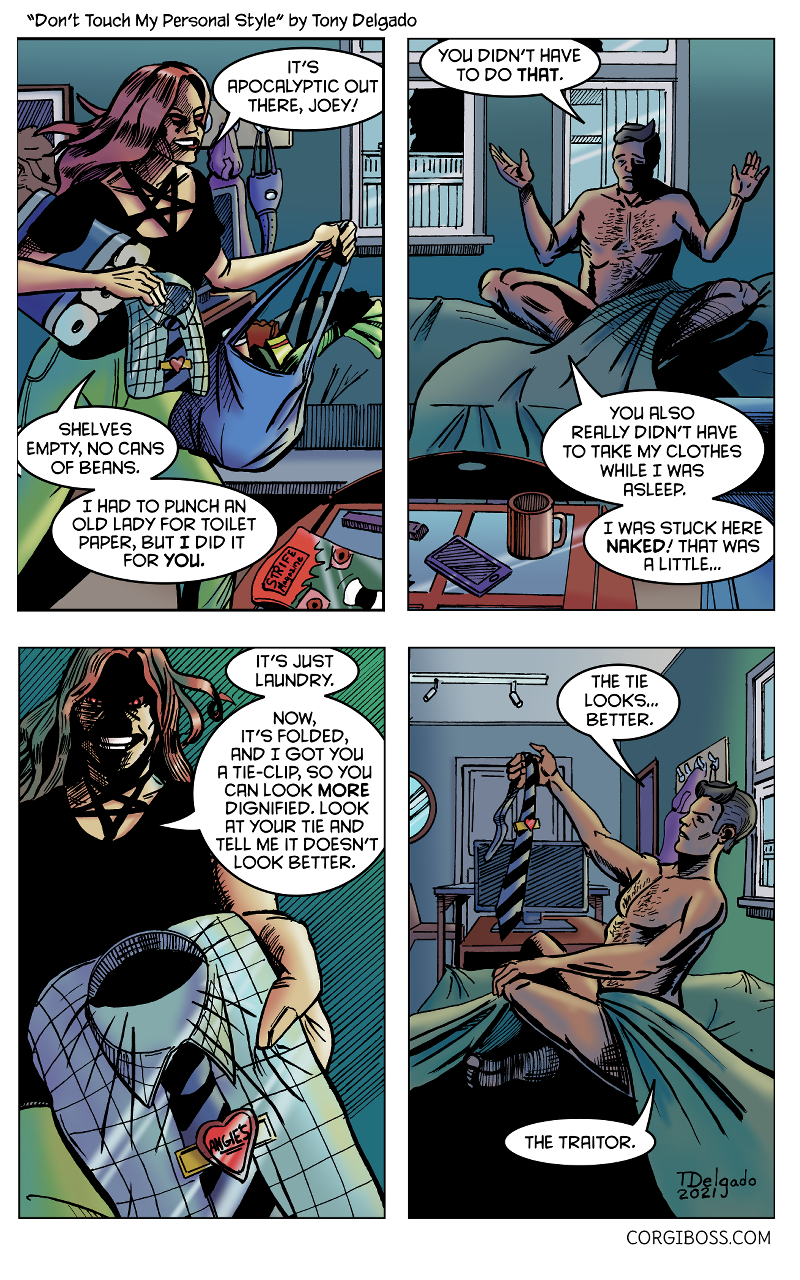 HOBARKEN (Corgi Press) — Oh gosh! Boundaries that were so important before are getting quite blurry now. I think Joe has good cause to be alarmed at Angie’s behavior, don’t you think? Taking all his clothes and leaving him trapped at her apartment is quite controlling! Although that’s toilet paper under Angie’s arm there, so perhaps the loss of freedom is worth it? During the early days of the pandemic, that stuff was worth its weight in gold.

When it comes to his tie in particular, Joe feels as if it not only defines him but is a character in and of itself. Thus, Joe sees the tie betraying him! I kind of imagine Joe’s tie as being kind of like Spawn’s cape. When I draw the tie, it sort of has a mind of its own, independent from fabric physics and the constraints of its own length. If you go back through all the strips, you can see the tie acting of its own accord, biding its time to strike like Doctor Strangelove’s hand.

Next week, we’ll check in on the boss and his wife. Look forward to it!