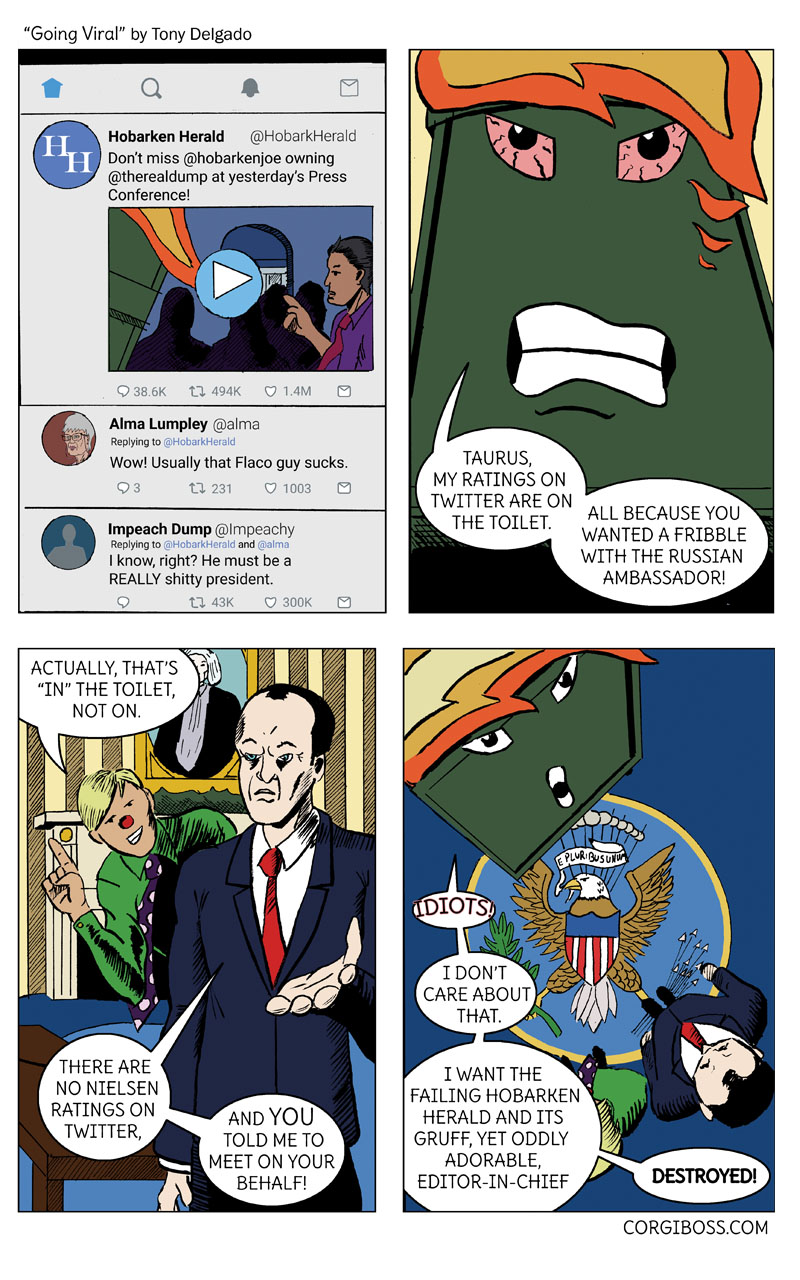 Starting this year, it has become apparent that Twitter occupies an odd place in American (and possibly global) culture. We can see why President Dumpster-Fire is concerned about his rep on Twitter. It’s the new radio, it’s the new television, it’s the new fondue. On one hand, Twitter is—as it always has been—the place where people can shoot their most immediate, angry, or inane thoughts into the internet abyss.

“Wow! Coffee really wakes me up!”

“Diana Ross didn’t sew that flag for you to be kneeling! Stand up!”

“Why is it called peanut butter? Doesn’t taste like peas. It’s not even green. SMH”

It’s also the most immediate place to receive breaking news, watch TV shows with a huge audience via hashtags, and keep up with the latest memes. It’s also become the method by which the real President of the United States tortures the citizens of his country. Just think, Twitter does all this without even turning a profit!

Like addicts, any news junkie is glued to watching this Hunger Games unfold on our phones. In addition to policy announcements and threats of war, we have efforts to ruin the reputations and lives of other users. It’s gladiatorial combat all in under 140 characters (soon to be 280) going on 24/7. And the 24 hours aspect we really love. Ooh, those 2am tweets. Fighting to control the narrative, some of those Tweets really cross the line. Apparently, they’re even out of Twitter’s control as their recent policy announcements make clear about the Prez’s recent genocidal threats against North Korea. I suppose we could live-tweet the upcoming nuclear war?

“OMG So disappointed. Everyone saw this finale coming.”

In real life, I think I’m ready for a Twitter reprieve, but we’ll have to see what happens with Twitter in Corgi Boss. Will any of the Twitter drama translate into real life happenings? You know, like when they decided to make that Rihanna and Lupita movie just because people liked it on Twitter. Maybe a Joe Flaco movie?

Trivia: The Hobarken Herald’s first tweet was “how to hide alcohol breath” because Alma thought she was typing in a search box when she posted.