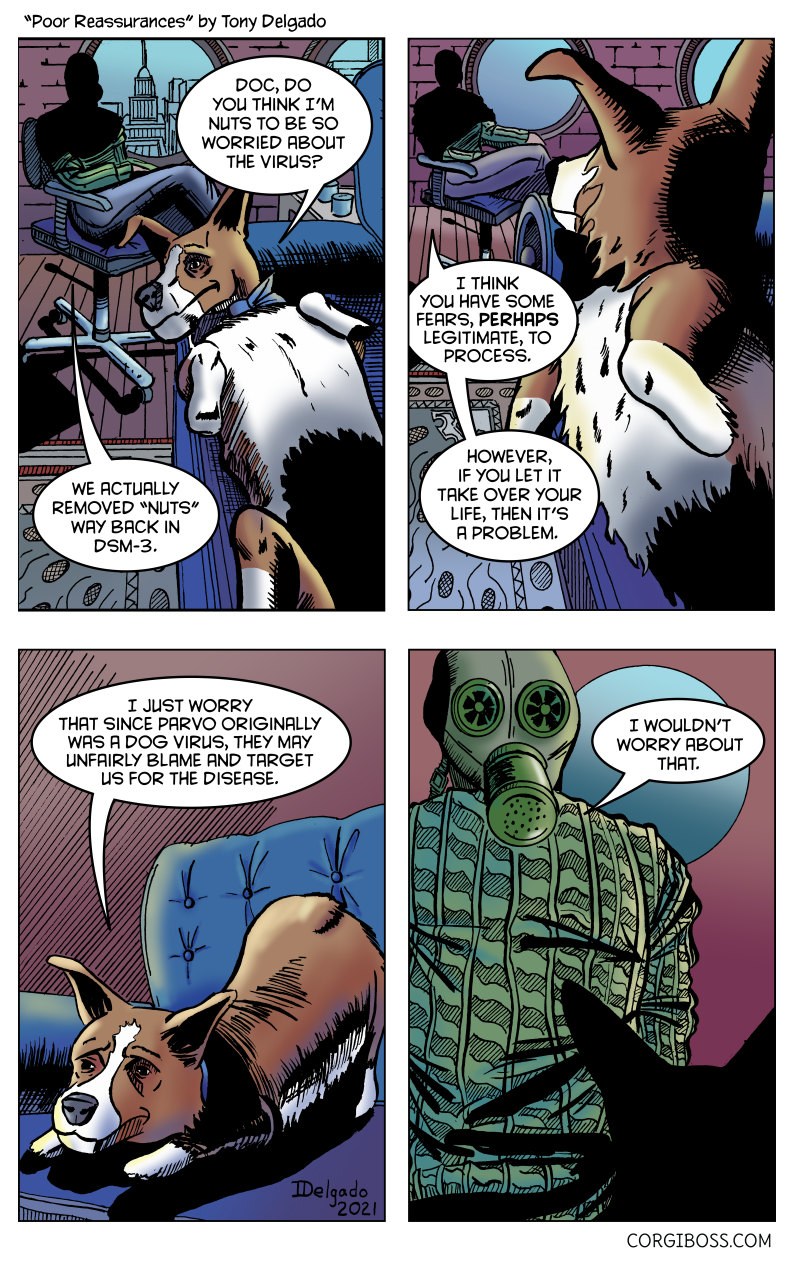 HOBARKEN (Corgi Press) — Maybe the best fears are the ones you don’t have to dread because they’ve already been realized, right? We imagined all those crazy Madea movies (Boo 2, anyone?), and Tyler Perry made those so we could face our fears. If that’s the way it works, perhaps the Boss can feel some relief about seeing what he’s afraid of coming to fruition. You know, confronting your fears and all that is something my doctor, WebMD ,told me.

In the background of making this Corgi Boss strip it has been an “interesting” week on the fear front because we may have a had an attempted putsch in The Capitol! Writing this I can hardly believe that a group of intellectual homunculi were cosplaying that infamous Who concert! The breakdown of our orderly disordered government has long been a fear of mine. Would civil warfare mean I wouldn’t be able to eat Mike and Ike’s anymore?

However, that fear doesn’t seem so earth-shattering because it didn’t actually shatter the earth. I heard about the news then put my headphones in and got on the exercise bike. Hey, I’m worried about the state of our democracy, but I’ve also got personal fitness goals. It’s a new year, after all.

Like the boss, the state of the world is making me stronger. I’m facing fears I didn’t even know I had. …Or I’m just one of those frogs being boiled slowly. Isn’t that just a confit anyway? Fancy!