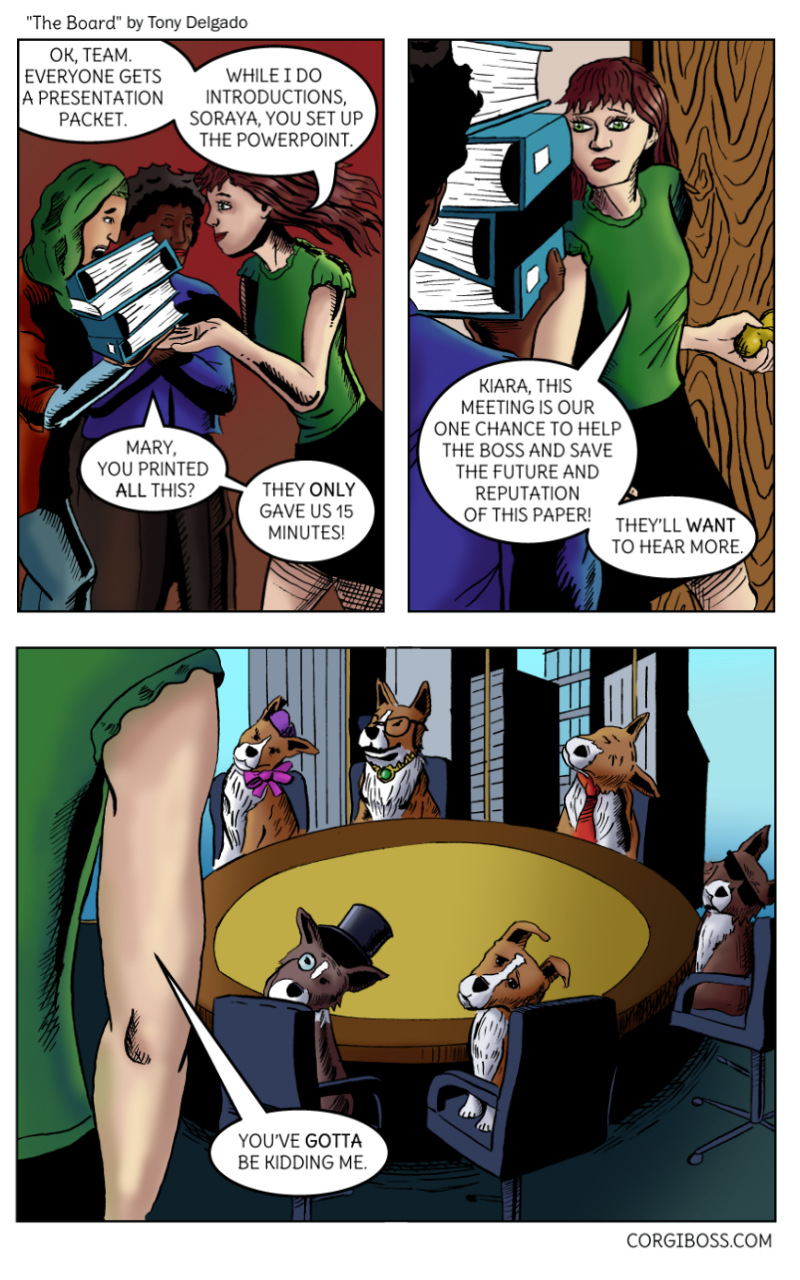 The board of directors has gotta be a bunch of corgis, right? I’m not exactly sure why Mary seems so surprised. Will these new corgis be able to save the paper from destroying itself under Kimber’s leadership? Who knows!

Just this past week, I consumed a volume of Christian Slade’s all-ages comic Korgi. I did not know of its existence until I saw it at Top Shelf Productions’ table at the MoCCA Arts Festival. Given the subject matter of my own comic, I knew that I had to check it out. And…it was pretty darn cool.

Slade’s art is very dynamic and fluid, which is not surprising given his background as an animator. The Corgis, or Korgis, in the comic are clearly drawn from real-life as they have a life about them that comes from drawing from observation. Also, there is so much movement from panel to panel that you feel as if you are watching these Korgis in actual motion. How cute!

For the story of Korgi, Slade goes the only other route you can if you make a comic about a Corgi that doesn’t involve an editorship of a metropolitan newspaper: he makes the corgi protagonist a creature in a magical forest world. The young korgi, named Sprout is friends with a girl named Ivy. Pretty soon, they run afoul of scary troll-like creatures that menace that korgis.

If this intrigues you, check it out from Top Shelf Productions or Amazon (if you haven’t decided Amazon is evil).