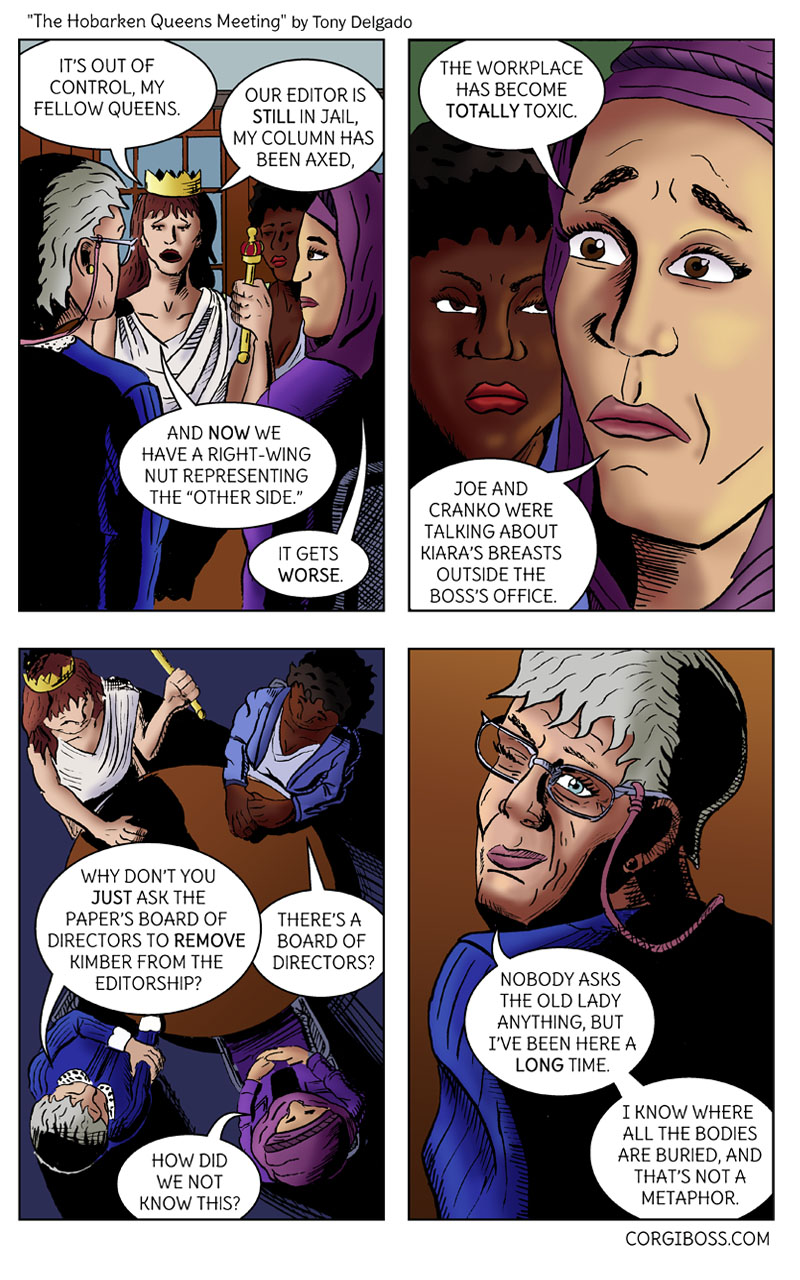 Opinion Page
Man Looking Forward to Explaining All the Progress Made in the Women’s Movement
Posted March 29, 2018 at 12:01 am

When Mary called for a meeting of the women that work at the paper, AKA The Hobarken Queens, no one thought she take the nickname so literally. However, Mary is the type of person that is filled with, perhaps, a little too much passion. Oh Mary.

I also wanted to mention that this my first comic strip in which I did the coloring and lettering in Clip Studio Paint. Previously, I had been doing the work in an ancient version of Photoshop that I had the CDs laying around. All in all, I’d say Clip Studio is probably a better product for making comics. However, since I’m still used to Photoshop, it was a bit of an ordeal in getting this strip done. I haven’t learned all the tools yet so it’s not as intuitive as Photoshop. Although, even with my limited skill in the new program, I do have to say that the Paint Bucket tool is fire! If anyone has any tips and tricks, please feel free to share them with me.