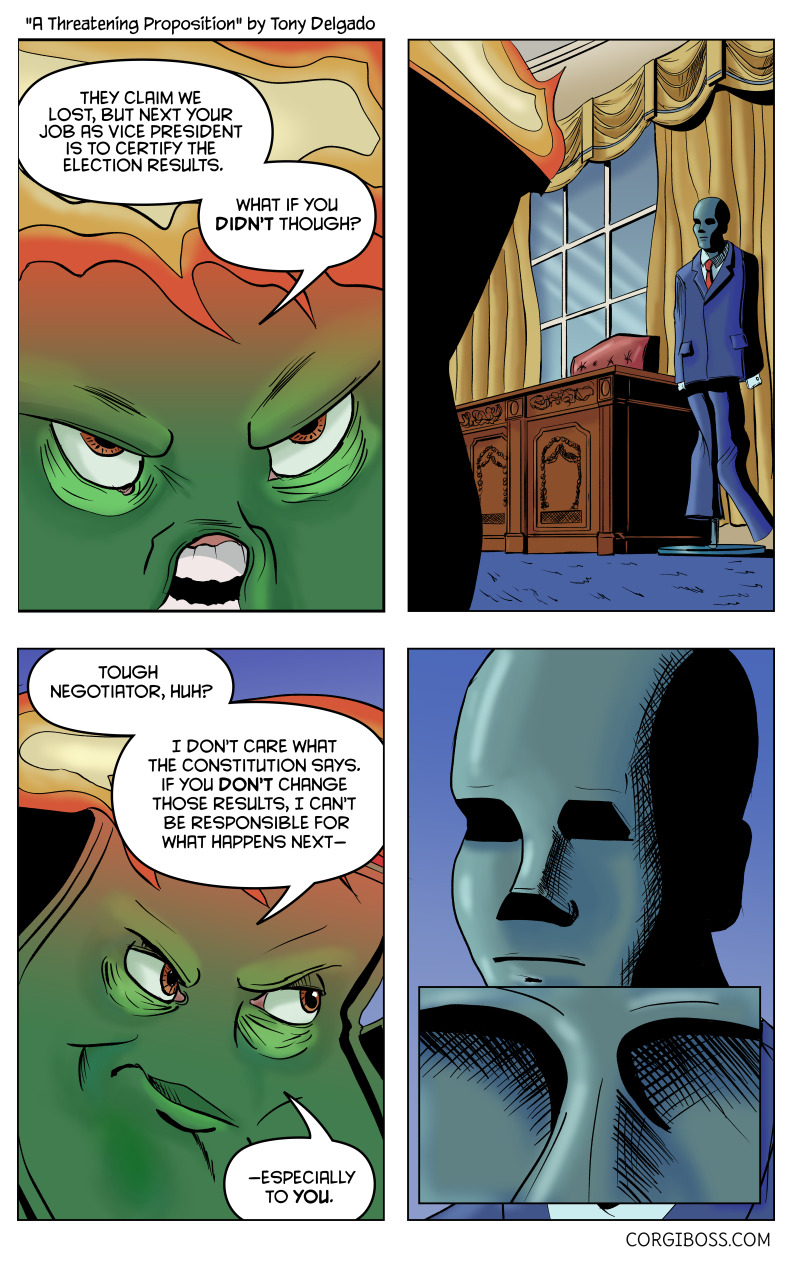 HOBARKEN (Corgi Press) — The pressure is mounting for the Vice President in this strip! I chose to represent the VP as a mannequin because I thought it was a good representation of the real life personality of the previous occupant of that office. Additionally, it nicely represents the importance of the office of vice president, which is about waiting for your boss to die or a senate tie to happen. Now, we all wait for our bosses to die, but having it as one of your main responsibilities is too much! Could the job be, as vice president John Nance Garner described it, “not worth a bucket of warm piss”? Obviously so, since most don’t remember who the hell John Nance Garner is.

Regarding the choice of doing what Dump or his real-life analog is asking, some may argue that certifying the results of a clearly won election as submittable for Profiles in Courage. However, isn’t it really the path of least resistance? Couldn’t the most Bernie Lomax of Vice Presidents, have done the same? Yes, the pressure of defying one’s boss must create a lot of anxiety, but trying to overthrow an election seems somehow riskier… I’ll let you decide if Dump’s VP should be lauded for standing firm (a mannequin’s specialty) or not.

After this strip, there are two more strips! We’re closing in on the end of this story arc, and we are quickly approaching 200 strips! Very exciting. See you next week!