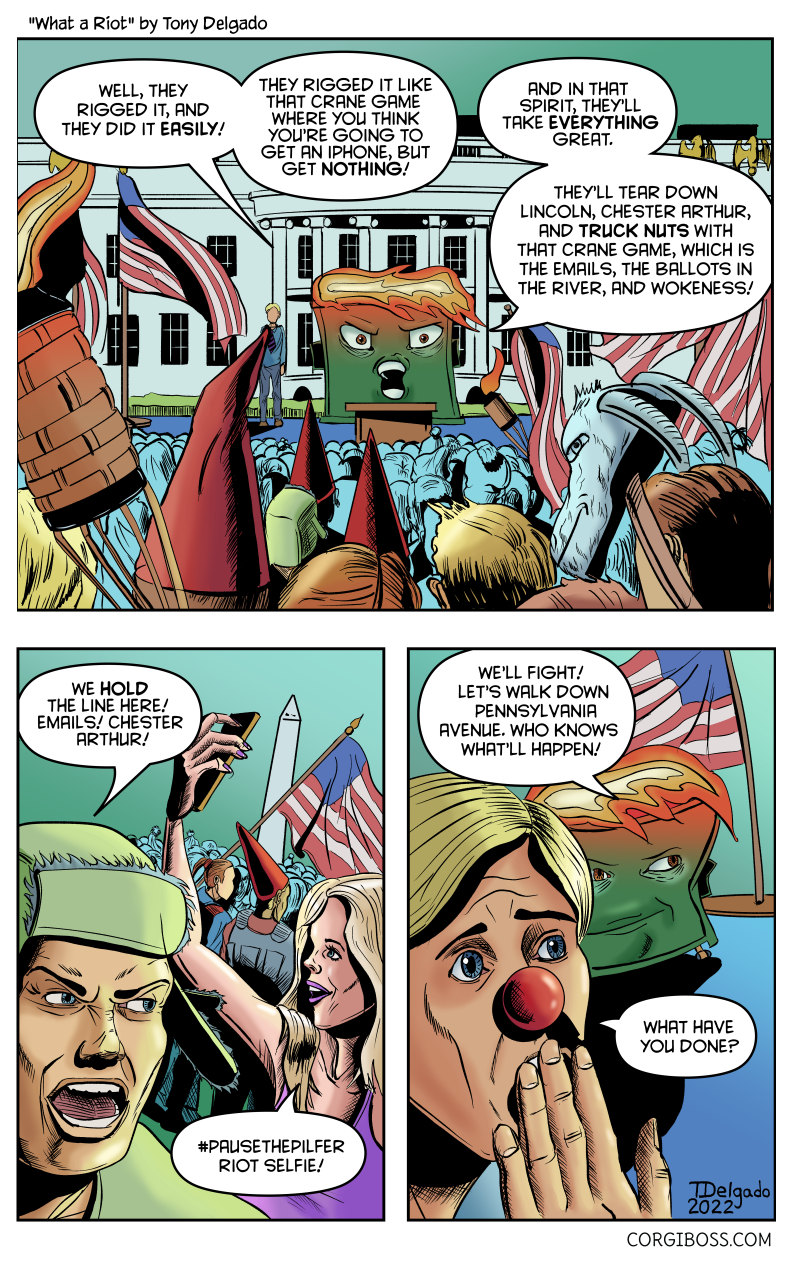 HOBARKEN (Corgi Press) — This is the penultimate strip of this story arc, and things seem like they are starting to pop off! I don’t want to prejudge what will happen next, but I might be in agreement with the Intern that President Dumpster-Fire may have acted irresponsibly in his speech.

It was a little weird to be making this comic strip about a year after the Capitol Riots. It’s not weird in a “look how time flies” sort of way, but in a “does anything matter” kind of way. Last year, I didn’t really expect the riots to be so inconsequential. I think if I did not have such a long period between when the events occurred and when I did my version in the comic strip, I would have imagined them far more optimistically—resulting in consequences for people of importance. However, what we’ve seen in the past year is merely the glacially slow prosecution of a few nincompoops and crazies. Everyone on all sides seems to be imagining themselves living through the French Revolution but instead it’s more of a Three Stooges short.

For this, and the next strip I’ve had to draw a decent amount of crowd shots, which is the bane of any cartoonist. However, I’m managing, I think. However, my wife looked over my shoulder when I was working the other day, and she said, “why would you do this to yourself?” That’s about where I’m at!
Comments
Breaking News