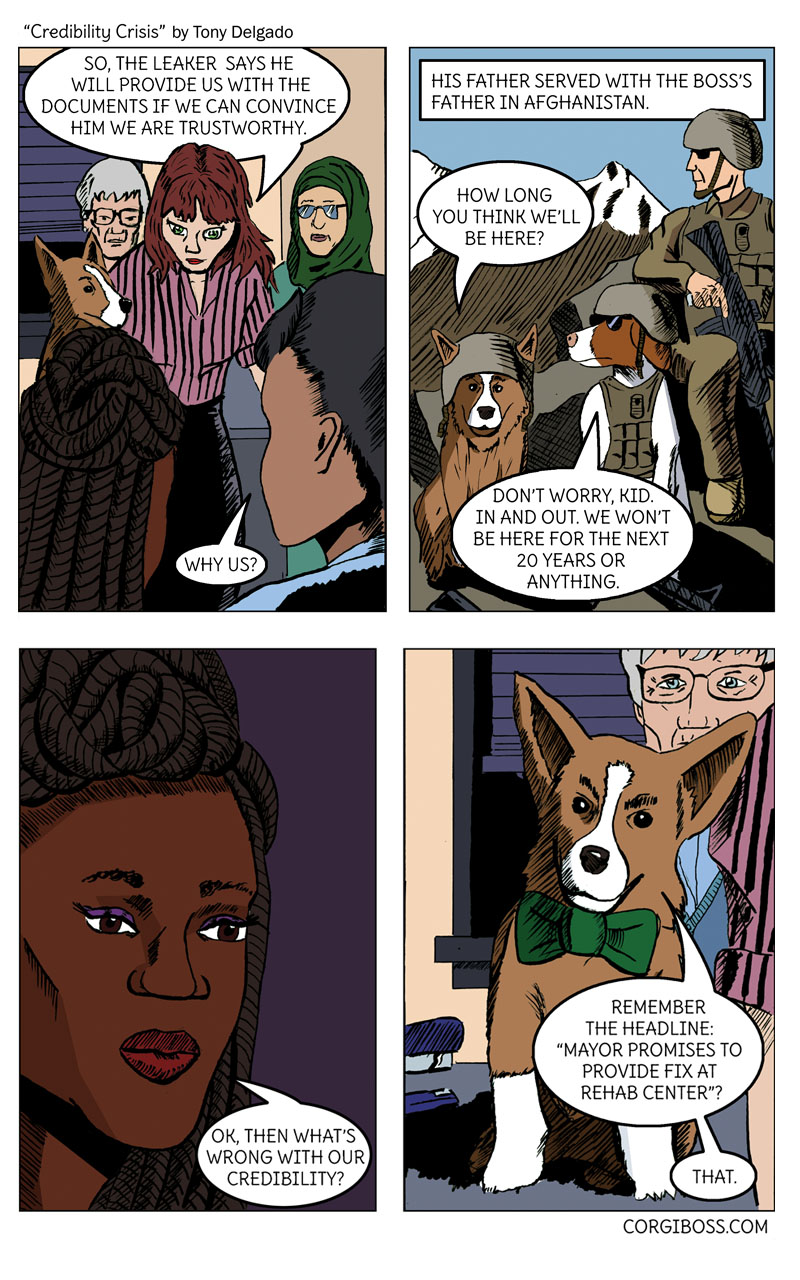 Most of the time, I try to resist using typographical errors as reasons to question someone’s credibility. Maybe that’s because I make so many errors myself. (Editor’s Note: No kidding) However, the one shown in this comic is pretty bad. The Hobarken Herald really doesn’t look very trustworthy. The last panel reminds me of an old Buzzfeed article (back before they were a serious journalistic institution). The article shows some headlines that would make any reader unsubscribe immediately. Generally though, I have the idealistic notion that I should engage with something written based solely on its ideas. Unlike in romance, I don’t want to judge something too harshly just by a brief or superficial impression.

We don’t have time to look at what someone is actually saying. The high velocity of the world dictates that we must judge a book by its cover—which makes me wonder why so many books look like Twilight. Anyway, these snap judgments are the reason so many angry respondents on Twitter are just reacting to headlines. They don’t have time to actually look at the article. Sadly, sometimes it quickly comes out when the person rages about some detail that is clarified within the actual text of the article! It turned out that when Ike slammed Virginia, they were talking about hurricane and not actual people. Oops.

This is where it becomes a vicious cycle. Because we evaluate everything so quickly, we know that discerning gaze (Not to be confused with “The Discerning Gays” now on the LOGO network) will turn on us. So, we become experts at saying something quickly that seems smart—the hot take or the talking points—so we can appear to be credible.

So, let’s not only give something we’ve written off a second chance, let’s also question the credibility of something we’ve bought into a bit more. Sound good? I knew I could convince you in 500 words or less.

Trivia: Joe is often a victim of decision paralysis. When it came to failing personally or professionally, he couldn’t choose just one!