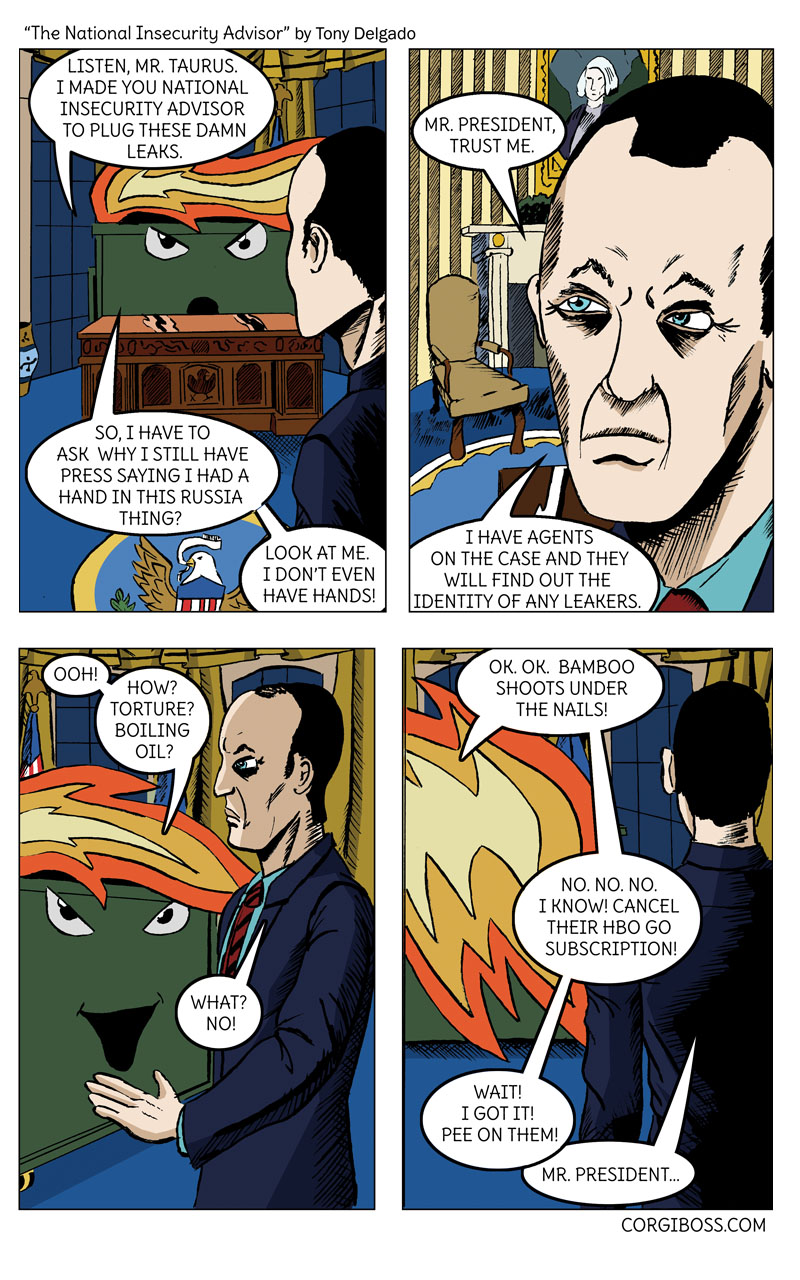 Opinion Page
After Loss, This Small Midwestern Town Came Together to Share HBO Account
Posted September 12, 2017 at 12:01 am

New character alert! Let’s all give a hearty welcome to National Insecurity Advisor Trey Taurus. It’s good to add another character to the White House’s cast of characters since there have been no other staff members besides the short-lived communications director, Amerigo Smoochie! It’s almost like the place is understaffed and President Dumpster-Fire hasn’t been filling the vacant positions! My girlfriend thinks that this new character looks distinctively evil. However, as this comic shows, he is outmatched in the arena of malevolence by the President himself.

The loss of the HBO Go Password might actually constitute cruel and unusual punishment. Sure, sure. Boiling oil and bamboo shoots are clearly torture, but as Billy Eichner has made clear, we are living in the golden age of television. To miss out? The worst. Every age has its own horror. For the French Republicans, it was the guillotine. FOMO, or fear of missing out, is ours. I wonder if someone might actually prefer to be peed on to losing their access to the latest episode of Thrones. Heck, maybe some people would enjoy that while watching Game of Thrones (Editor’s Note: Don’t kink shame). New type of viewing party?

Speaking of big TV series, I recently had a short-term subscription to Showtime for David Lynch’s unfortunate Twin Peaks: The Return. That also was its own form of torture. Unlike the original series, it wasn’t particularly amusing. I mean imagine paying extra for just one channel to see a prestigious tv show that positioned itself as the end of prestige television. Yech.

That’s all today. See you all Thursday!

Trivia: President Dumpster-Fire wasn’t always in politics. He actually started out as a TV star. His biggest role was in Netflix’s Fireplace for Your Home.