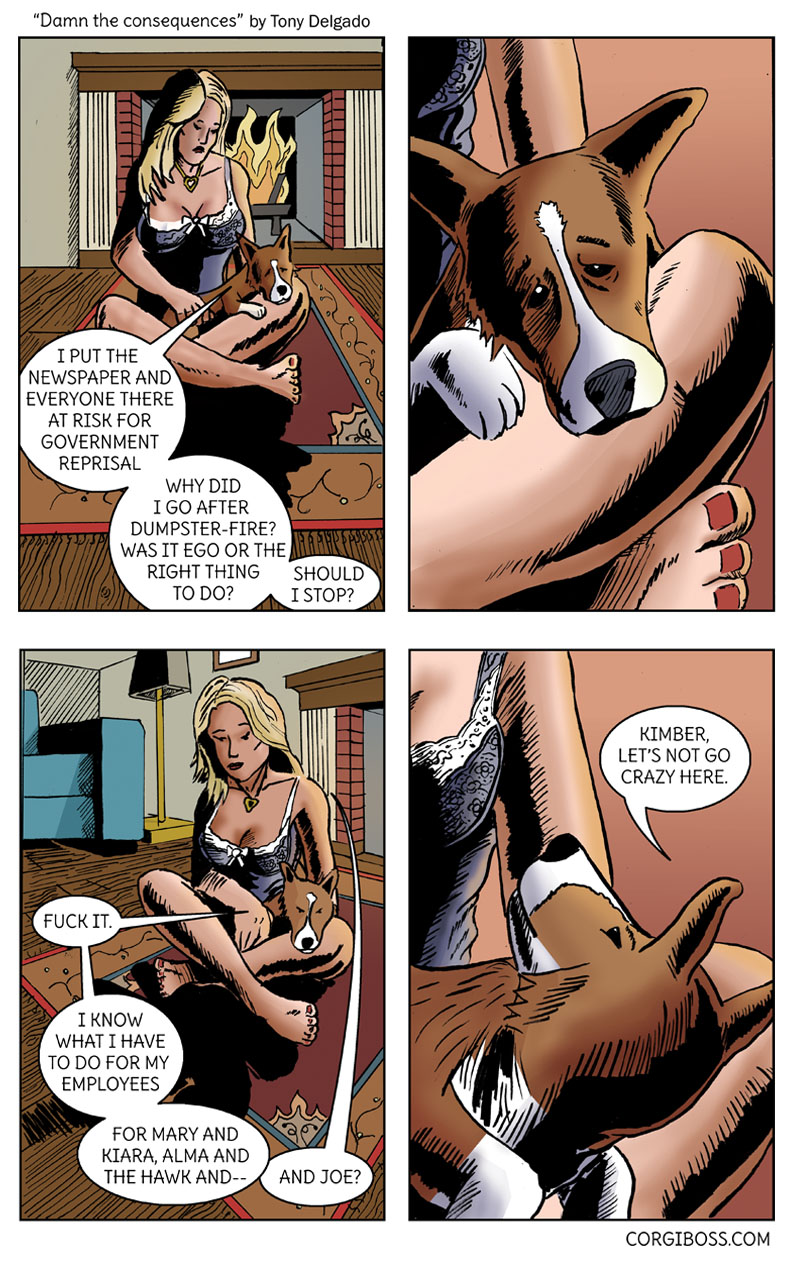 Opinion Page
“We’re Getting Into Hygge”: Victims Last Words Before Being Swallowed Alive By His Snuggie
Posted November 16, 2017 at 12:01 am

I don’t have a much to chat about this update except for a few announcements.

First, the coming week is the week of Thanksgiving. There will be a comic update on Tuesday, but on Thursday (Thanksgiving day), there will be no update due to the holiday. I’ll repeat this announcement on Tuesday here and on Twitter in case anyone misses it. So, Happy Thanksgiving to everyone!

Next, I’ve made some updates to the backend of the Corgi Boss website. Unless you’re on mobile, you won’t see any difference. However, mobile readers should be able to see a version of the comic that is formatted for phones. All subsequent updates will have both versions. Currently, some of the archive has the mobile formatted version, but I haven’t converted everything over. That’ll happen in a few days though! Check it out sometime!

Finally, I just wanted to shout out some of my other locations on the web. Of course, the best place to follow the comic is right here. You may even consider subscribing to the RSS feed, so you get reminders when there is a new comic.

If you are on Line Webtoons, I have a delayed archive right here.

I also have another delayed archive on Tapas, right here.

See you all next week!