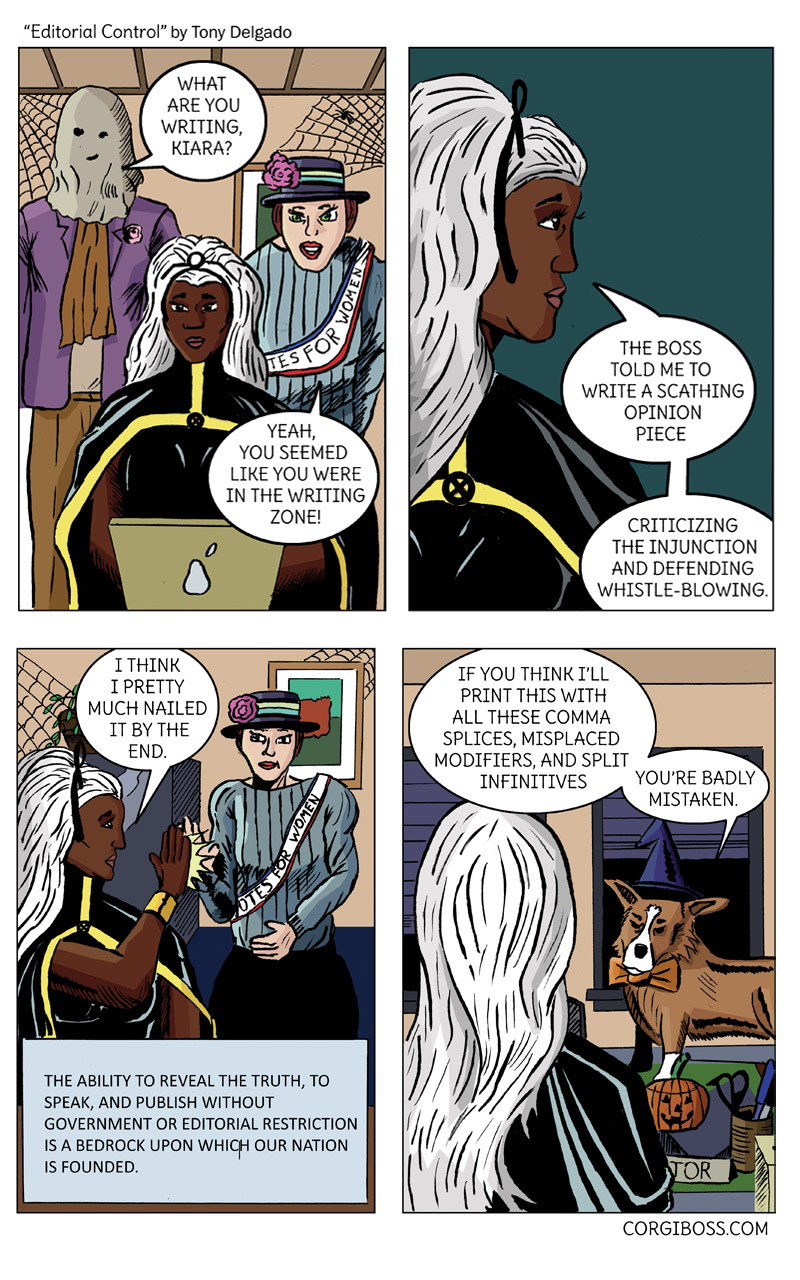 Opinion Page
Spooky: Friends Disappeared from Man’s Life One By One—Kidnapped and Killed or They Just Didn’t Like Him?
Posted October 31, 2017 at 12:01 am

Happy Halloween everyone! This strip and the next one will be Halloween themed, with characters from the strip wearing costumes. Today’s update features:

Despite the boss’s curmudgeonly attitude to the holiday, Halloween at the Hobarken Herald is a serious affair for the staff, who spent a bunch of time decorating and planning an annual party! It’s a nice respite from the stress of reporting on President Dump’s administration. Have fun this Halloween and stay safe.

Trivia:  Halloween wasn’t always a holiday for the Herald. In the olden days, Halloween was a festival to celebrate the end of a harvest season. Staff would come to work dressed as squash, zucchini, and corn!