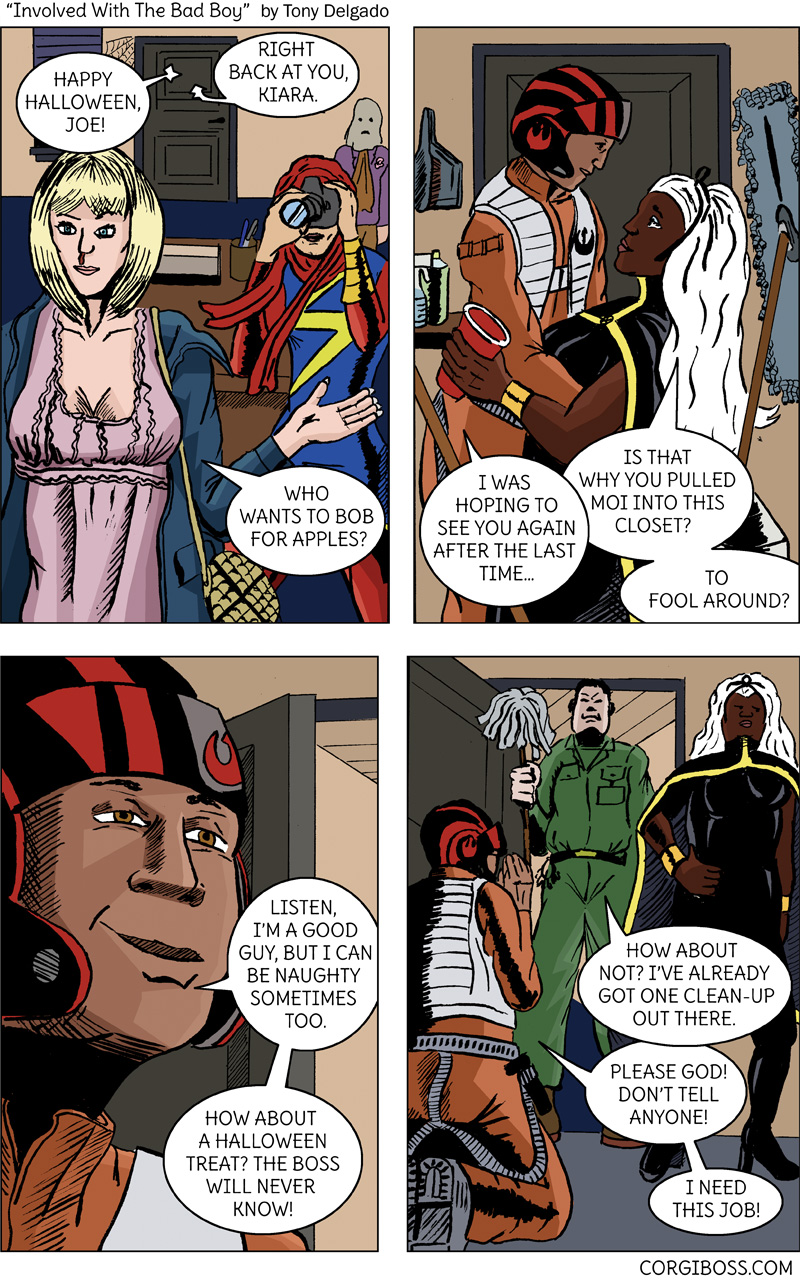 This is the second Halloween themed strip this week. This one features a Halloween party! While the Hobarken Herald’s party cannot possibly compare to Heidi Klum’s annual bash, I think everyone except for Joe had a good time. What are the costumes in the strip?

Regarding the plot, don’t you think Joe always picks the most romantic locations to spark something with Kiara? First a random pub table (not even a booth!), and now a dirty janitor closet? What the hell, dude?

Trivia: This is the least of Kimber’s offensive costumes. One year she dressed as a dog, making the boss livid about the cultural appropriation. Needless to say she was in the doghou—she was in trouble—for a while after that.