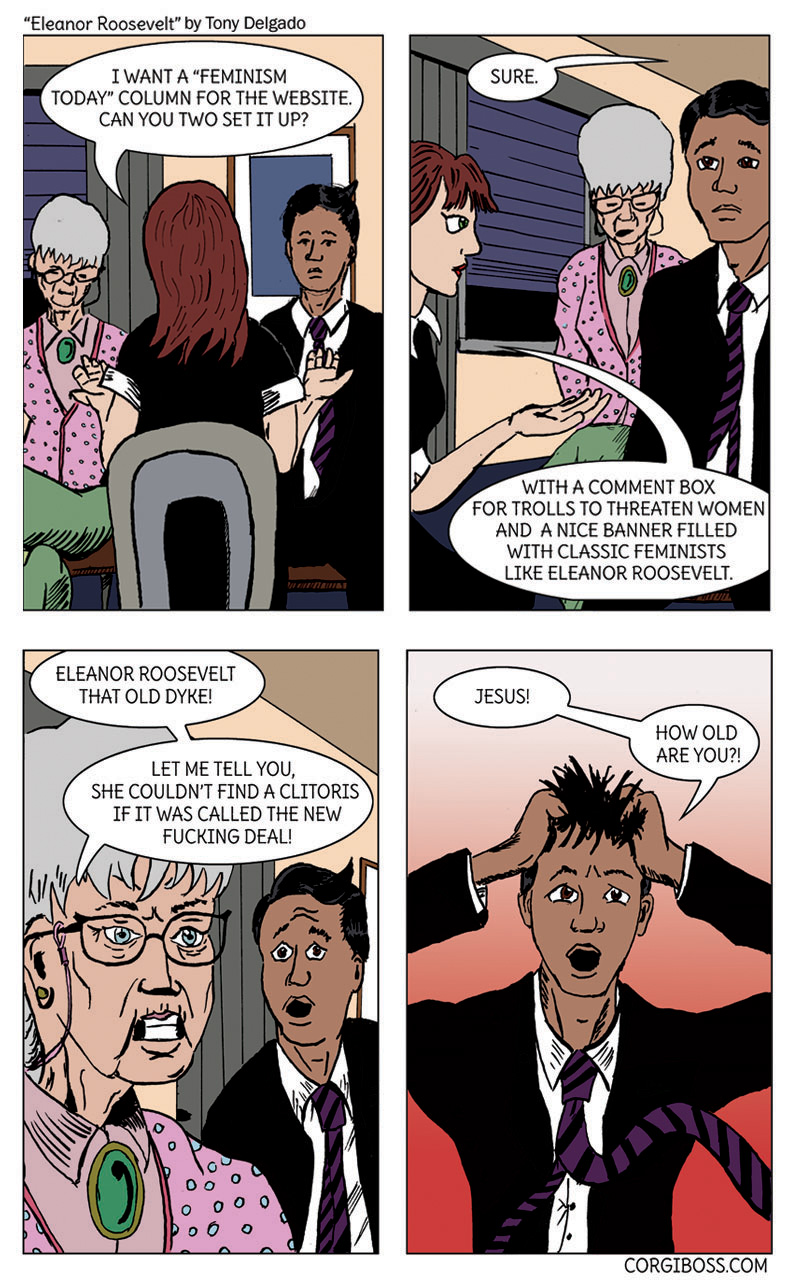 Alma’s biographical note about our former first lady is less than flattering. As usual, we (Editor’s note: who is we? -CB)  at Corgi Boss try to eschew controversy and seriously doubt that the nickname Eleanor Everywhere (citation needed -CB) came from being in Alma’s bed. And frankly, Eleanor Roosevelt was a woman of many talents, so we’d rather not besmirch her abilities to find either this or that. It seems that the most prudent course is simply to believe that these tales are merely lesbian fictions.

Speaking of lesbian fiction (editor’s note: this is a poor transition -CB), I’ve been reading an oldy but a goody, The Price of Salt AKA Carol. The book was written by Patricia Highsmith and published in 1952. The last few years, it’s gotten a lot of attention because it became a 2015 movie starring Cate Blanchett. The book is very well written and handles lesbian relationships much better than Alma’s story in this comic. If you need something for your summer reading list or a late-to-the-party pride month read, it’s a good pick.

Maybe Alma has a moving and deep personal story that she’ll share about her life? Probably not though. You’ll get to see more of her on Thursday.

Trivia: Since the production schedule at the Hobarken Herald is so hectic, sometimes the Boss’s edits accidentally make it into the article and see print! Every time this happens, the residents of Hobarken take a drink.