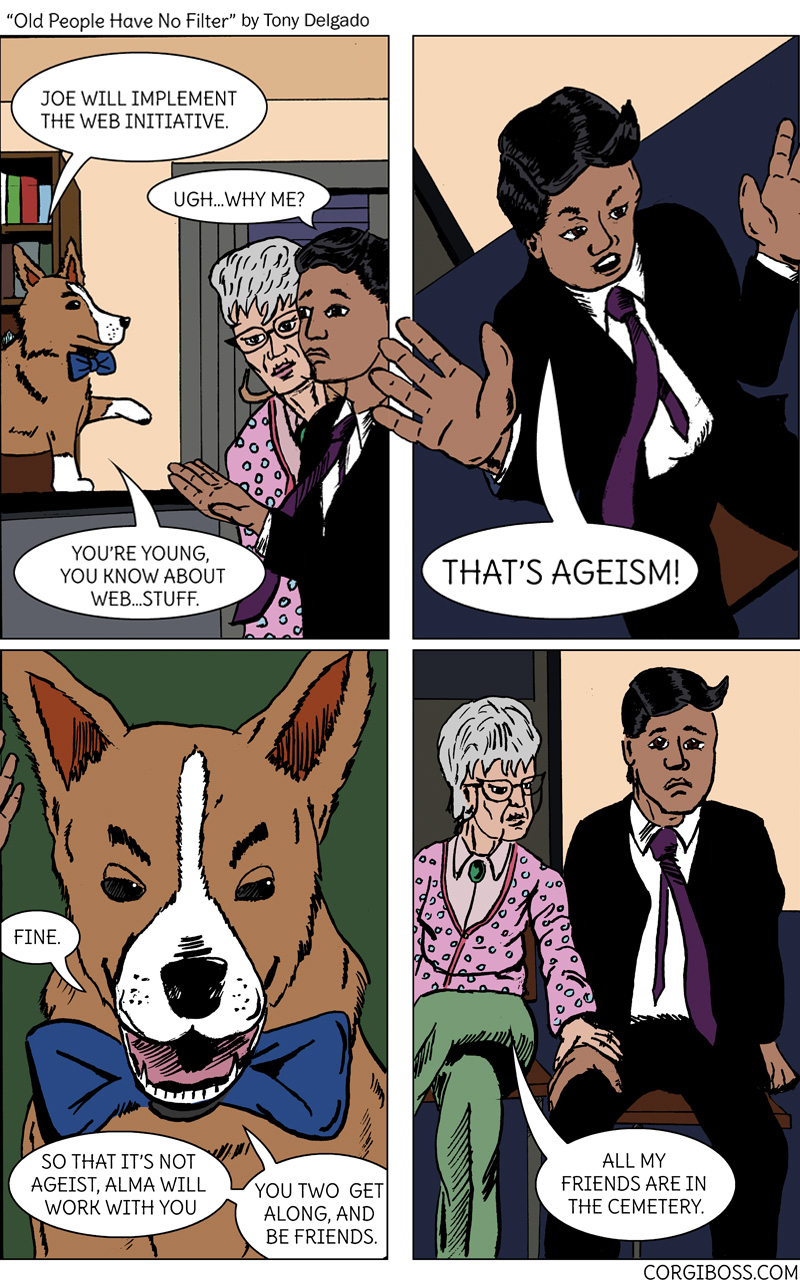 My girlfriend claims that it looks like Alma may be hitting on Joe in the final panel. While this is not my authorial intention, I won’t deny the possibility, which got me thinking. In horror movies, when all the protagonist’s friends are dying one by one, coitus can become a priority. And as every plastic surgeon in California knows, what greater horror is there than aging? Maybe Alma is offering some wise warning about life. Like all old people, she is just trying to remind Joe of his own mortality. I get it, I’m not even old, but I remind every child I see that they will die sooner than they think. For some reason, their parents pull them away from me.

It’s tough to be the bearer of uncomfortable truths but Alma does it, maybe enacting the final girl trope? As any horror fan or Wikipedia reader knows, the final girl trope is the tendency for a clever woman to survive the deaths of her friends, to confront the killer and later tell the tale. I admire the tenacity these women show, but what about after the bloodbath is over? Nobody would probably like to be around these final girls. These survivors would always be discussing how their friends were cut in half one by one with a cake knife by that baker in a mask or something.

So, we’ve got to feel Joe’s pain here since it’s got to be especially awkward hearing about Alma’s life. Not only that though, these final girls can be quite the buzzkill. They are the epitome of “Oh actually.” Most people will be like “let’s have a teen-sex-party at this abandoned cabin in the woods. What could happen?”  However, the final girl comes along and is like “oh actually” Sure, they’re right in the end, but is that fun? Nobody likes a know-it-all. They’d much prefer a good time that ends with a cake knife through the eye to being right but miserable all the time. Thoughts to live by.

See you all on Tuesday

Trivia: Becoming safer has become a priority at the Hobarken Herald. Last year only two people were pulled into the printing presses each month, which is a significant change from the worst year of 1938, in which two Irishmen were pressed into each edition!