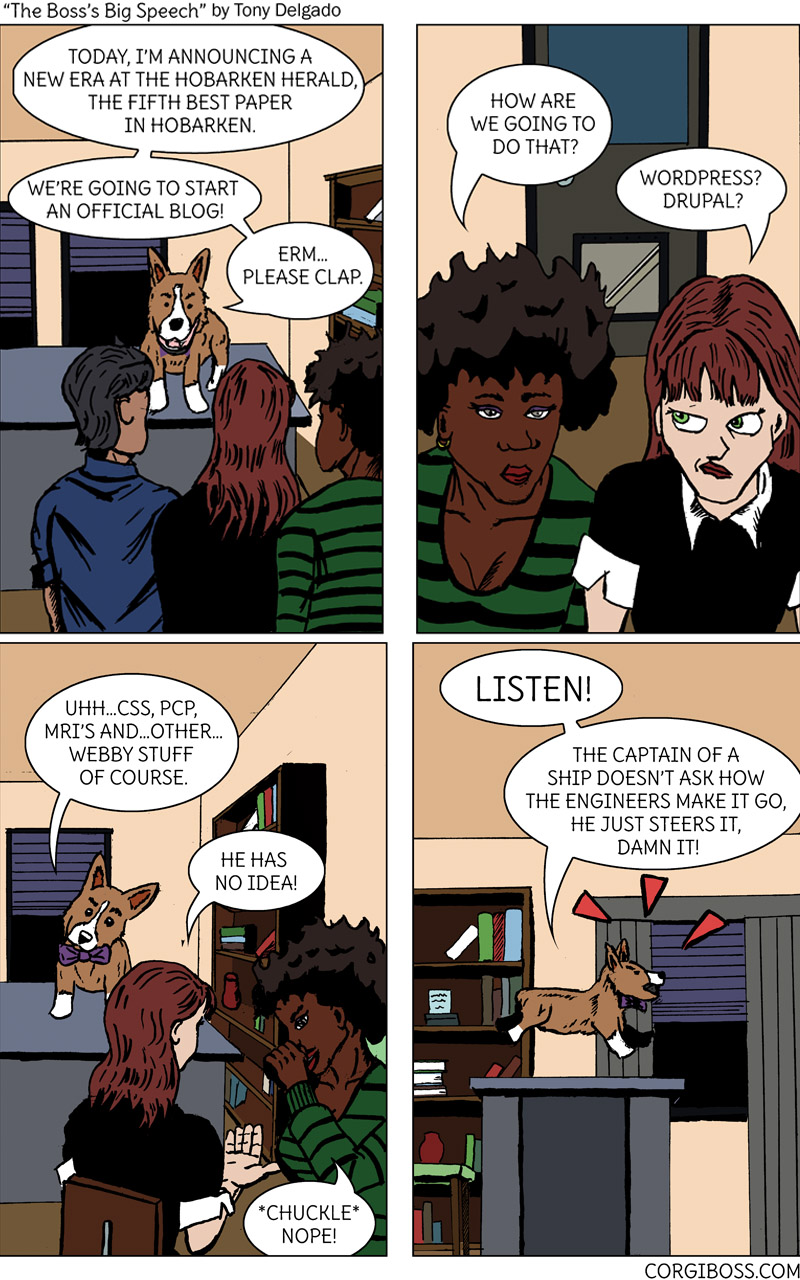 This comic marks the boss’s third appearance since the very first strip! You’d think he would have appeared more in the previous eight, but heavy weighs the crown. He’s been in editorial meetings up to this point. However, here he is, giving an important speech.

As acts go, it’s an odd social activity to stand up in a room full of people and focus their attention on your words. It’s even harder if you don’t have anything interesting to say. You can think that you are energizing the crowd, but your speech can fall flat like this one. Although, I don’t think anyone would accuse the boss of being low energy, he really has no clue what he’s talking about and that undermines his ability to motivate.

I’ve found myself in this situation often enough, and this probably relates to last week’s column on faking it until you make it. I’m not the type of person who enjoys suffering fools, so it’s difficult when you are the fool. If you have a (un)healthy amount of self-loathing, even you don’t want to listen to yourself speaking and that can come across to the audience. Nonetheless, if it’s your job to speak in front of people, there are ways to engage with your audience.

Here are some tips to help keep your listeners hanging on your every word:

See you all on Thursday!

Trivia: The Hobarken Herald is a newspaper with a great heritage. It’s been in declining circulation since 1849!