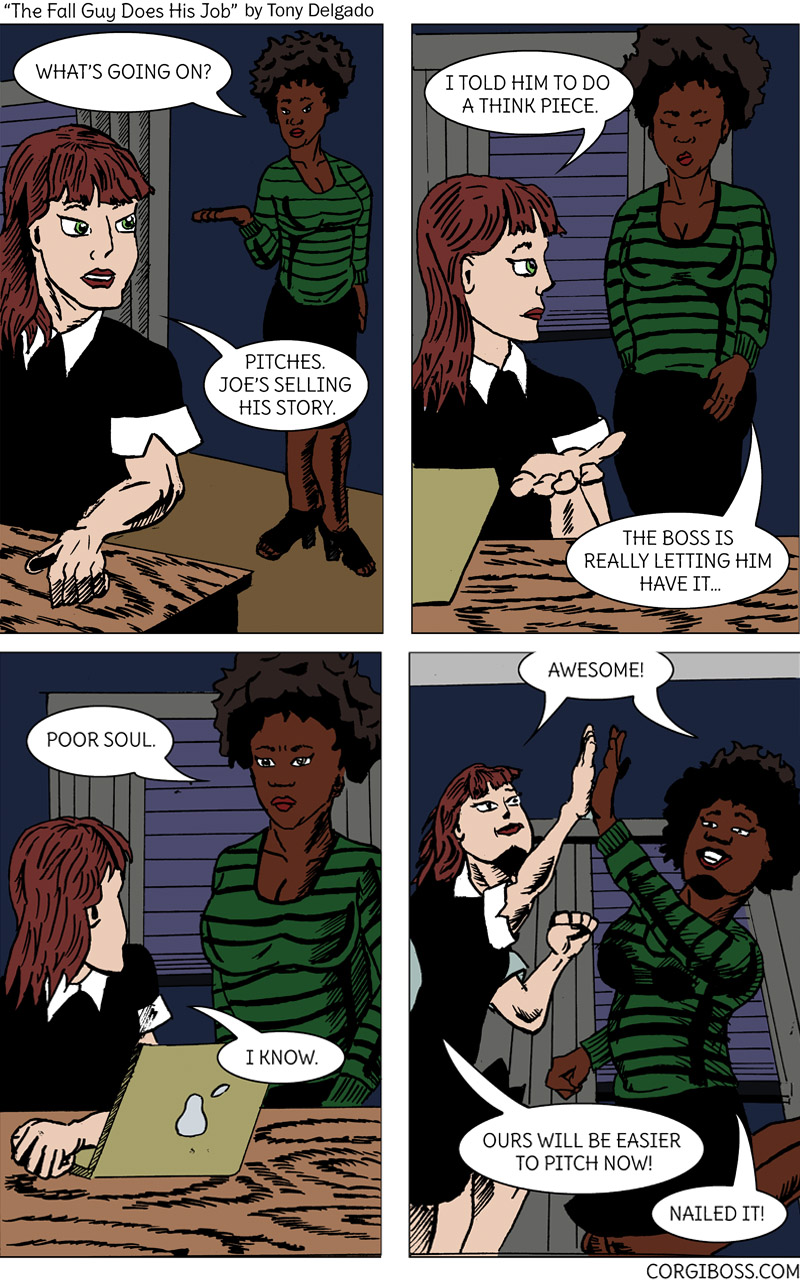 I’ve never purposefully sabotaged anyone like Mary does in this webcomic, but I have often fantasized about doing it. I really love clever con artist movies like The Spanish Prisoner Matchstick Men, or Nine Queens. As a result, I dream of playing someone down the wrong path and watching them slowly realize they are fucked. However, that is not something people that are not monsters or sociopaths do. So, sadly (or fortunately?) I only get to imagine it.

Instead of fulfilling my dreams of gaslighting and sabotage, if I find myself in a situation in which someone is heading for the fall, I hold myself to Batman’s logical paradox from Batman Begins. You remember, right? Thrilling climax to the movie? Batman and Liam Neesons are fighting on an elevated train? The supports for the train are blown out and the Dark Knight gets the upper hand. Neeson tells him to go ahead and kill him. However, Batman can’t kill a genocidal maniac, right? That would WRONG! So, he says in a gravelly voice that sounds like he just took a bong hit, “I won’t kill you, but I don’t have to save you.” He flies off and watches Neesons die in train crash.

The problem is that Neesons is going to die because Batman put him in that situation with no chance of survival. In my case, when I see someone doing something that I know will probably blow up in their face I don’t say anything. Earlier, this person may have blustered about how awesome they are or offended me in some way. So, it is not pure malevolence that causes me to watch the train crash! Impure malevolence? Regardless, if I can see it happening, am I not guilty?

Unlike Mary and Kiara, I usually just feel bad and help the person fix whatever they did. No celebrating. No high-fives. That’s me. Always a Joe Flaco, never a Mary Shapiro.