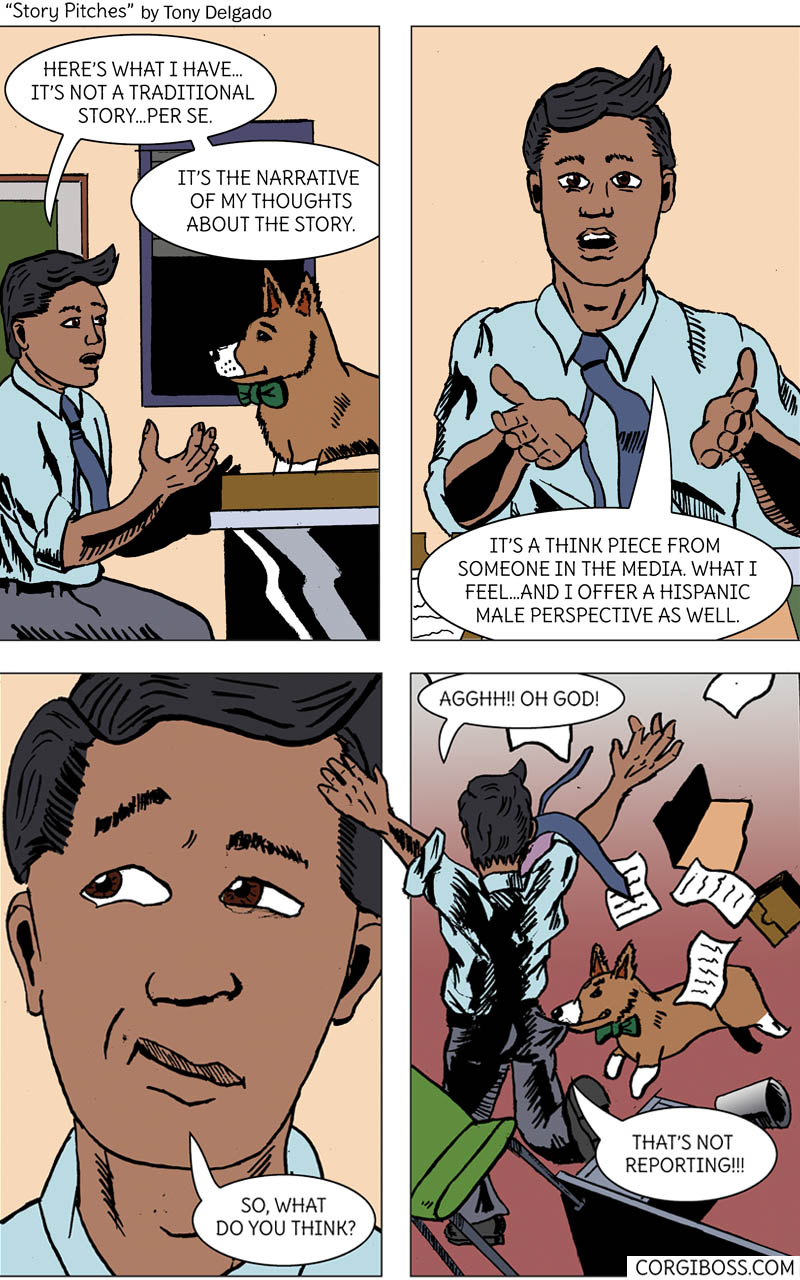 They always tell you to “fake it until you make it”, but is that actually good advice? Maybe in some fields with little or no value other than entertaining social degenerates, like webcomics, but what about other areas? Oh, not sure how to do CPR? Well, fake it until you make it, buddy. Having trouble with that flight exam? Well, you’ll probably figure it out sometime. In some ways, we’ve reached peak #FakeItUntilYouMakeIt, haven’t we? All I’m saying is that maybe there are some things in which our motto should be, “If you don’t know it, don’t do it until you’ve learned.” I once had a roommate who was studying to become a nurse and she was purposefully trying to do mediocre on her exams to avoid doing all the work. I remember discussing this with her and she said, “I only need a C on most things, and I want to work for a coroner so I’ll only work with dead people.” Well, if she doesn’t work with dead people at first, she may later…

The Guy with Nothing.

Joe’s faking really caused him to take it in the pants here. His situation reminds me of a short story writing workshop in which I was enrolled. These workshops should be familiar to anyone who suffered through them because nearly every group has that one guy or girl. This person hasn’t been writing anything, but forces you to read a story about trying to write a story (so meta!), and then tries to spin it as being “about being a writer” or some such nonsense. He or she may smell like booze and appear to have a hangover. There also may not be enough copies of this “story” because the printer ran out of paper five minutes before the workshop was scheduled to meet. Not that they wrote it right before the workshop. In my case, we all sat around a table and tried to offer constructive feedback for a story that we all knew would never be rewritten or used again because it was garbage.

Apparently, the boss doesn’t mince words like we did in my workshop! Even with fabric in his cute little maw. This strip is the end of the series about our epidemic of think pieces. Check out my other gripes here and here if you want to see more.

See you on Thursday!