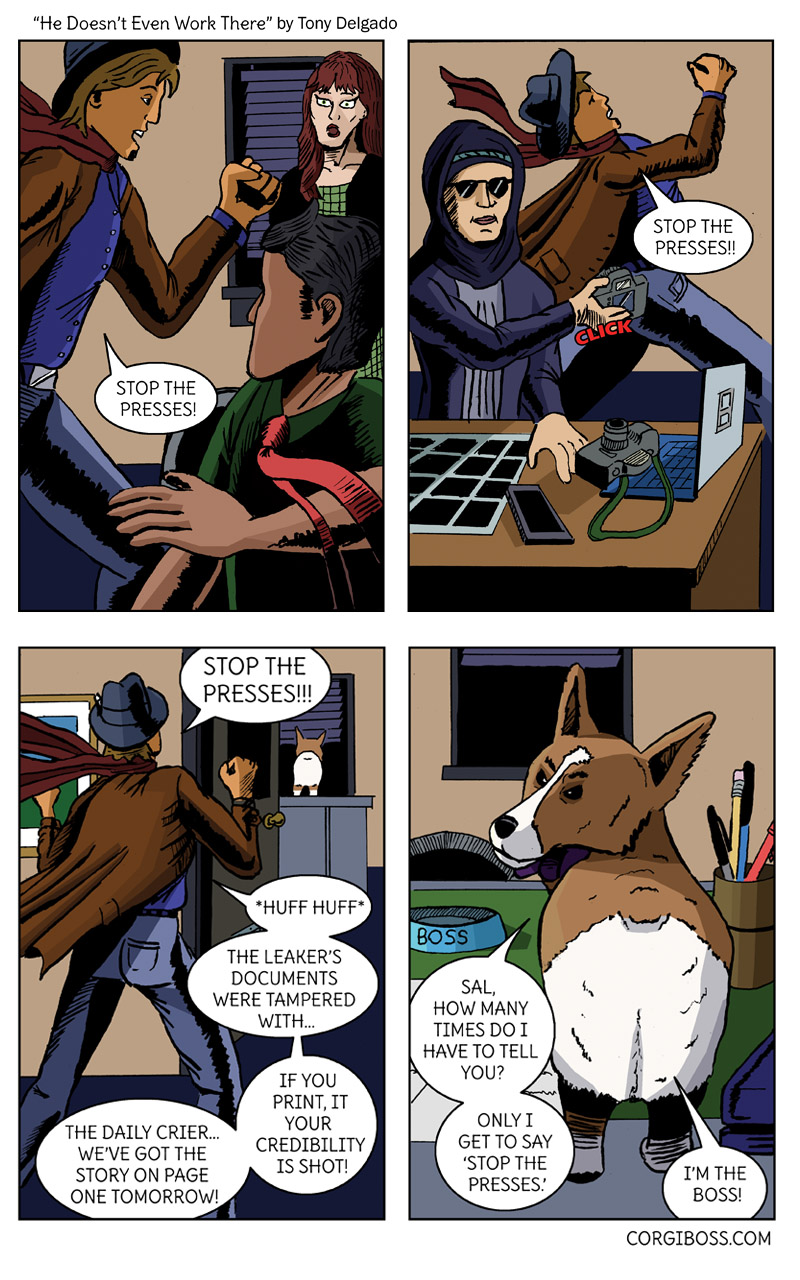 So, Sal may have overstepped boundaries a little bit in trying to stop the Herald from making a mistake. However, who doesn’t want to charge into a newspaper and yell “stop the presses”? I know that I do! It’s a mainstay of old timey movies. It’s the idea that editors have to make minute-to-minute decisions to report the truth in its most accurate way. Stopping the presses represents that commitment because it’s very expensive and labor-intensive to stop and start a large-scale newspaper printing press. The reality of the situation today is more complicated.

First, the remaining large print newspapers often use large offsite printing facilities. So, it’s more than a matter of running into a building screaming dramatically and flipping a switch. I mean would you even be in the right place? Who makes the decision to actually stop the presses? And really, this change from our imaginary reality is a crime. I think there should be more things in life that involve running into a building screaming commands and pronouncements. Go to any local building and scream “IT’S FINALLY HAPPENING” and then leave. I guarantee you’ve really ratcheted up the drama there!

Beyond that, as illustrated here in Corgi Boss, much of the news has gone digital so that readers can interact with reporters (harass and bully) and see breaking news immediately (panic). The printing press has been eclipsed by the finger press of a mouse—offset press to WordPress. While there are still print newspapers, there aren’t really presses to stop because the news is breaking all the time. The news is like constantly breaking waves on a beach, and we are the toddlers who keep getting knocked down. Sometimes I see a story that is only a headline and sentence that says, “This is a developing story. Check back for updates.” So, the news is always evolving, changing, and being edited.

In some ways, this is hugely advantageous. The news is less likely to have huge screw-ups because they can edit and make corrections immediately as long as it’s on the web. On the other hand, it’s hard to keep track of what was actually said since news sources can edit their message. Accounting for this is one of things that NewsDiffs or Editing the Gray Lady does.

In the fantasy of Corgi Boss, stopping the presses can still happen, and it represents a decision the boss must make. What will be the next step in reporting on President Dumpster-Fire?

Trivia: Joe is not the only person, who mixes the personal with the professional. Sal’s longtime partner is the editor of the paper he works at, The Daily Crier. As the editor describes it, when the pair first met Sal was a dependent clause badly in need of conjunction. Nerd!