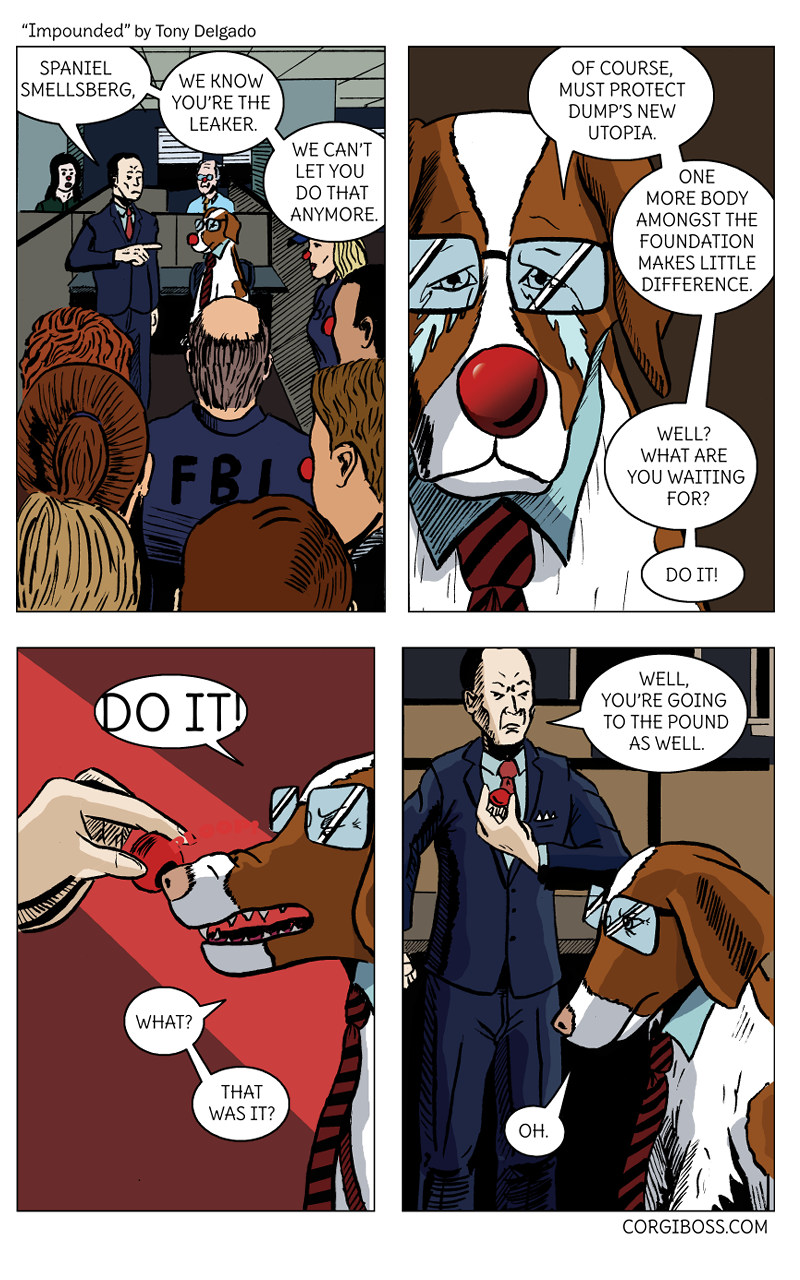 Opinion Page
Study Shows: Saying You Are Fighting ‘The Man’ Much Cooler than Actually Doing It.
Posted October 19, 2017 at 12:01 am

Stripped of his red clown nose? That’s harsh. If the agency that Spaniel Smellsberg worked for was anything like the jobs I’ve had in the past, the cost of that nose was taken out of his paycheck. I’ve had to buy polo shirts, dress shirts, bowties, t-shirts, and hoodies all with company logos—the cost deducted out of my first paycheck. That type of treatment would make anyone want to spill the beans on company secrets.

Spaniel talks the talk about doing what is right for the country, but being a bad person, I can relate more to the resentment he feels. Companies can demand so much of their employees and then start taking money out for this thing and the next. It builds a level of resentment that adds onto the resentment that one already feels because you’re spending your best napping hours sitting in front of a computer sifting through listserv emails. Why do we have to get so many emails? Why is there that one person who needs to lengthen their email with rhetorical flourishes thinking they’re amusing? Don’t write about the printer being broken as if it’s Harry Potter. Lord Voldemort didn’t break the goddamn printer. IT’S NOT FUNNY, DEBBIE!

Anyway, while I’d never leak company secrets, I do my own thing to #RESIST. I keep all the crap they make me buy and wear. Then I wear it after I’ve quit the job. They thought they could make me waste my money, but naw. I wear it on dates. I wear it to the grocery store. I wear it to traffic court. People around town are like, “Boy, that UPS Store employee wearing an American Eagle Outfitters nametag and a movie theater bowtie sure gets around.” Ha! I don’t even work at those places anymore. Fooled you! Fight the man.

News: I’m also on Webtoons! It’s a mirror for the comic. There’s a delay for when a strip goes up there, but if you have friends who read comics there, tell them to subscribe to my comic! I really appreciate the support! Find it here

Trivia: The Hobarken Herald used to have a uniform for many of its employees. This ended when the staff realized the boss never wears pants. He finds them too constricting!