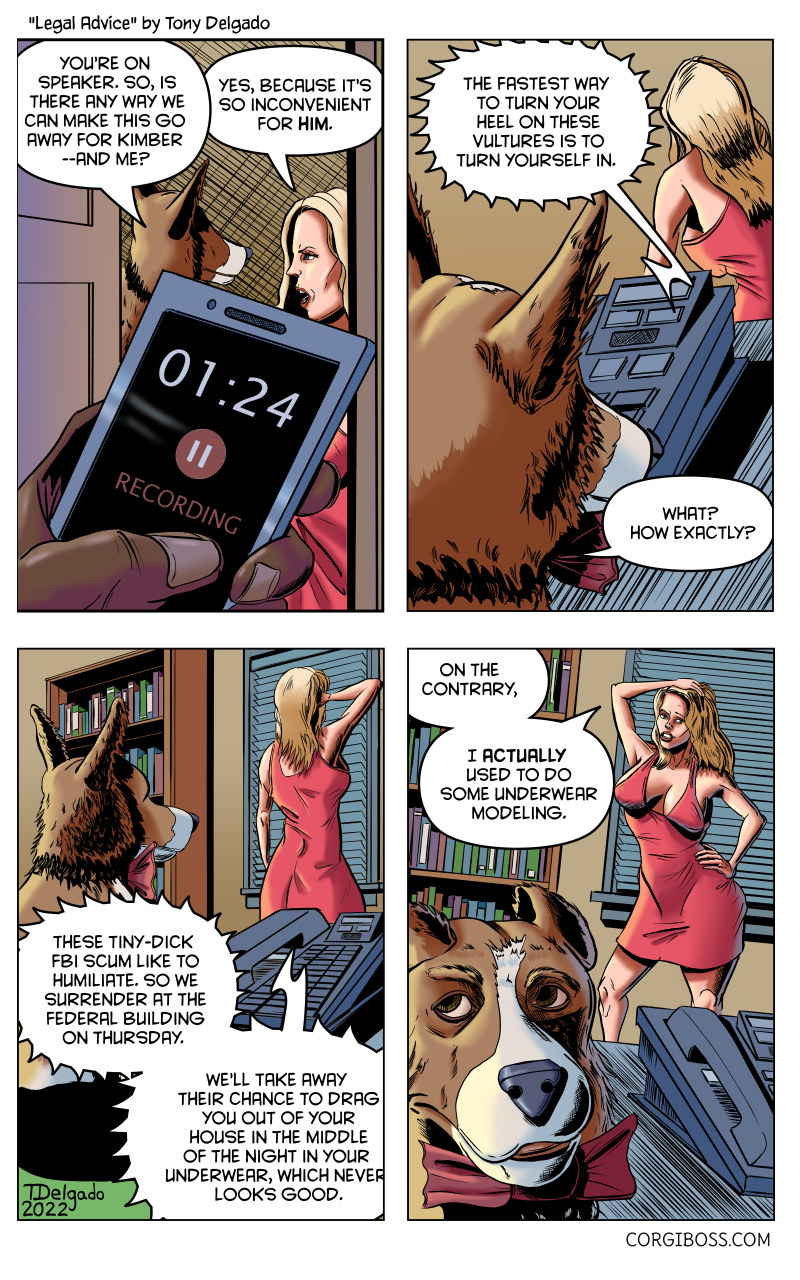 HOBARKEN (Corgi Press) — We all know the trope of the cop-a-ganda “reality” series COPS, in which officers pull a suspect out of bed in their underwear, to messily spill their brush with the law out onto the front lawn. You also might not know that former mayor and decaying ring-wraith Rudy Giuliani actually popularized in the 1980s the “perp walk”, or when a suspect is led into a law enforcement building in handcuffs to look bad. However, could these fascistic smear tactics stand up to the raw Yassitude of the “I woke up like this”? In other words, could someone be roused from bed by the police, not immediately shot, and led out catwalk-ready in handcuffs? Kimber thinks so in today’s strip.

I remember it was Beyoncé who famously sung “I woke up like this” and millions of women posted Flawless selfies that raised the timeless question, “Did you wear eye makeup to bed?” Now, I should clarify that my wife, who is an eye-makeup expert, taught me, an ignorant male neanderthal, that some women don’t have eyes with dark lines and long lashes around them naturally. How was I to know what was real anymore? Raccoons wake up like that, why can’t women wake up with raccoon-eyes? Also, if I find eyeliner and mascara attractive, does this mean I am more attracted to raccoons than I previously thought? This strip raises a lot of questions, both personal and political!


Things seem to be heating up in this story arc, as Kiara becomes increasingly morally compromised. Will she fall further next week? Check in then!

Trivia: Kimber had the potential to be a top-model if not for her health problems--she developed myopia from smizing too much.