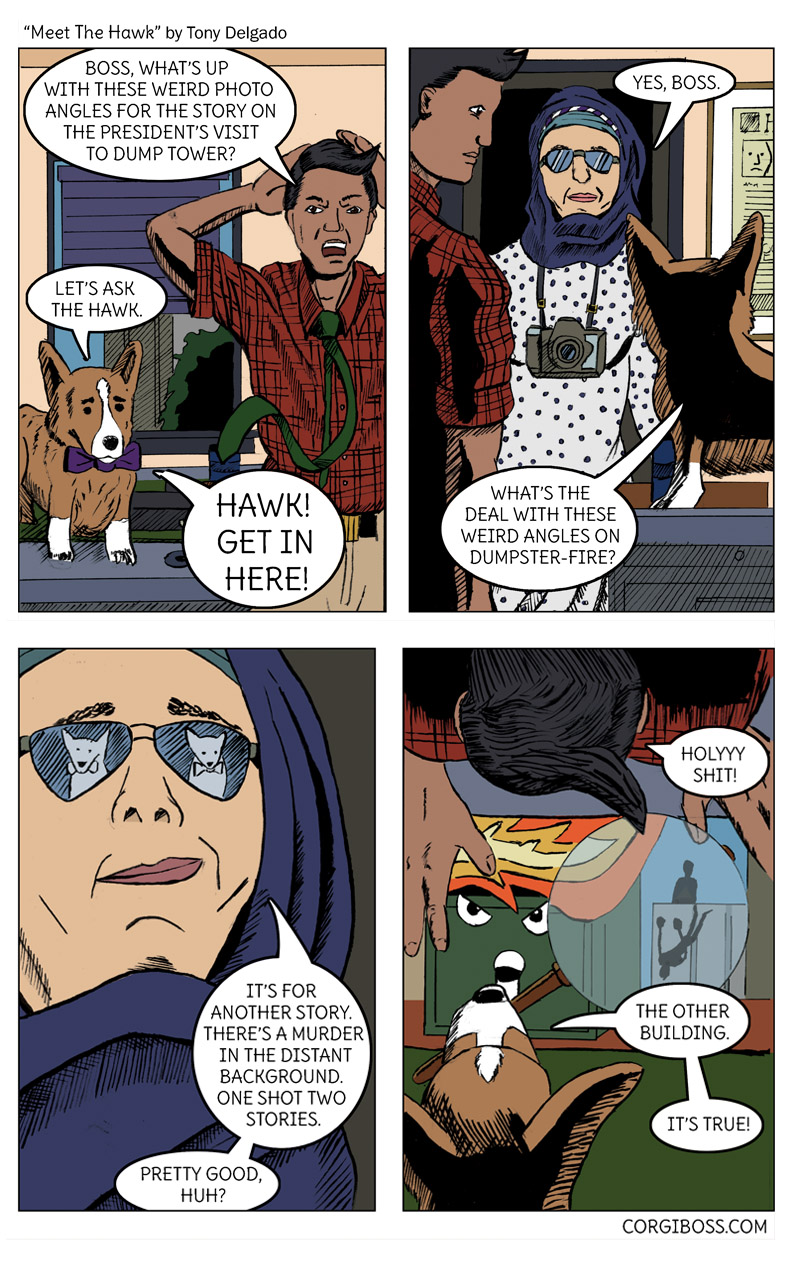 AN: Fangz to Raven for editing this!

My girlfriend tells me that this is the most esoteric joke that I’ve done in this comic. Like most criticism she sends my way, I’m trying to take it instead as a compliment. In fact, it’s a challenge to outdo myself for in-jokeness. So, either look forward to—or dread more.

While I’d argue that the joke involving Corgi Boss’s new character, Soraya or “The Hawk,” is funny by itself, those that want to be in the know should check out Michelangelo Antonioni’s film “Blow-Up. Here’s the trailer (Trigger Warning: Swinging London Mod culture). The movie is about a cocky fashion photographer in London who, when secretly taking pictures of people in the park, believes that he captured a murder in the background. That’s the plot, but at its core, the movie is a meditation upon the difference between objective and subjective reality, illustrated via a roving band of mimes in oversexed London. While I wrote that last sentence to get a what-the-fuck-laugh, it’s actually a very accurate summary of this weird movie. Check it, or the American remake, out sometime for your next movie night.

Trivia: In the bottom drawer of Mary’s desk is her science fiction novel that she has been sending out to Hollywood for optioning. She has gotten no bites yet, but she is pursuing both avenues: movie or religion.