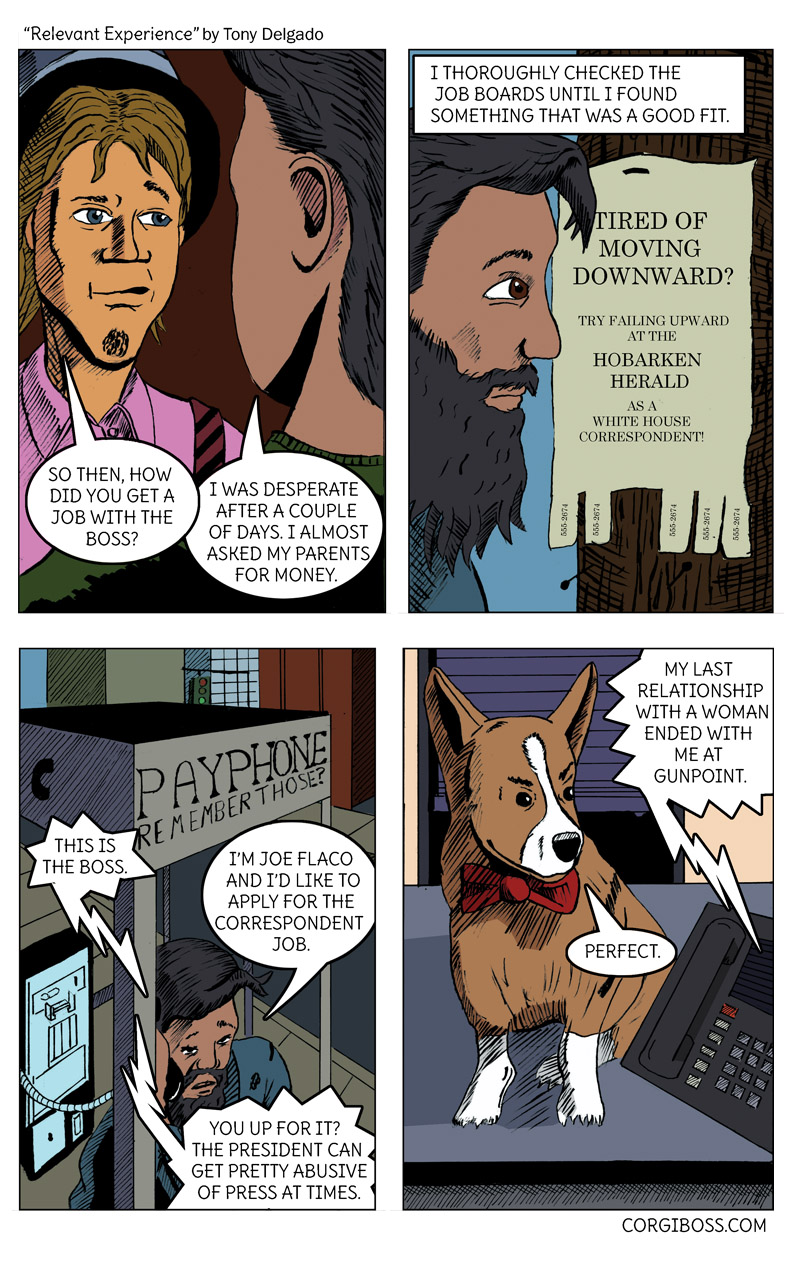 I think many of us have been where Joe is. I don’t mean homeless with a beard that is growing wildly out of control against all reason. Instead, I mean desperate for a job and willing to take things that may not be the best opportunity. As the cash runs low or the job applications go unanswered, we start to change our thinking from “does this job sound good” to “is this just something I could tolerate.” I imagine that this is how most sandwich artists are born. You may think that maybe they wanted to paint a masterpiece with luncheon meats and flatbread (I call this sandwich “The Francis Bacon”), but you’d be wrong! It can be distressing to compromise on your goals (at least in the short term), but I think that—like Joe—you’ll find that you get a lot of interesting stories from these McJobs.

Here are some highlights from my own life:

Trivia: Not every descendant of the founding Corgi takes over the paper. Usually, the mantle is passed to the eldest member of a litter, which can be difficult to tell!