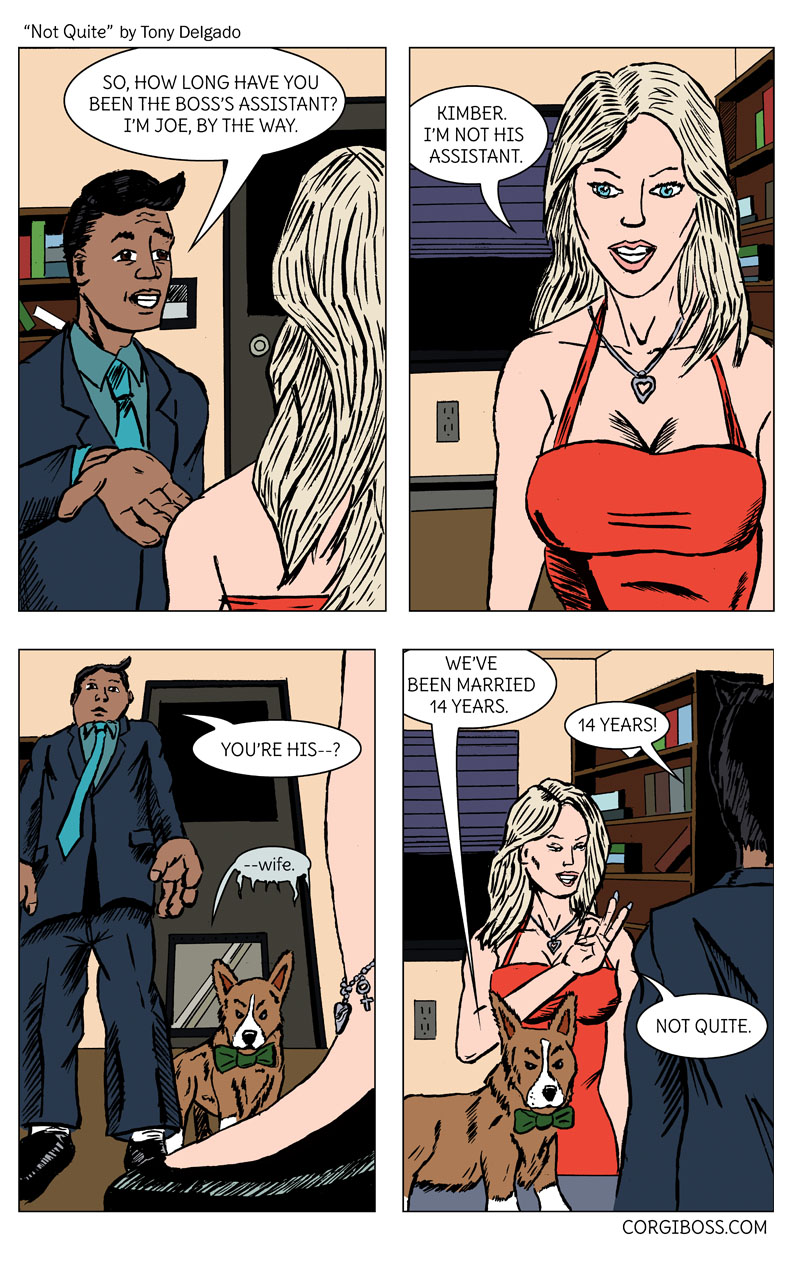 Opinion Page
Exclusive: Behind the Scenes Footage Reveals Tensions in the Creation of Corgi Boss
Posted July 20, 2017 at 12:01 am

If you didn’t get that strip, it’s a joke about dog years versus human years. When you read a dog joke in this comic, these are most likely the result of my girlfriend’s influence. She is the uncredited hero of making this comic. She’s the one that I bounce ideas off each week.

Me: “How about a strip about Joe Flaco farting when he’s typing?”

“Better wake the f— up and pay attention. Or I will start killing people and throwing bodies out the door.”

The above quote is from the recently leaked Frank Darabont e-mails, but it might have come from me every week before I have my girlfriend look over my comic scripts. I find that when you want someone to tell you whether something is funny or not, preceding it with threats of violence helps.

Although, it’s not always such creative harmony. I always try to minimize the dog jokes, but she always tries to put them in. Given the recent insight we got into the making of The Walking Dead television series, I thought it might be time to talk about some of the creative difficulties from the past during the creation of strips for Corgi Boss.

As I’ve made clear, I’m very open to criticism from her. Often, I’ve changed direction or scrapped things. Here are some of the great things that might have been in Corgi Boss had she not killed them:

See everyone next week!

Trivia: Kimber and the boss fell in love due to a mutual love of dressage.