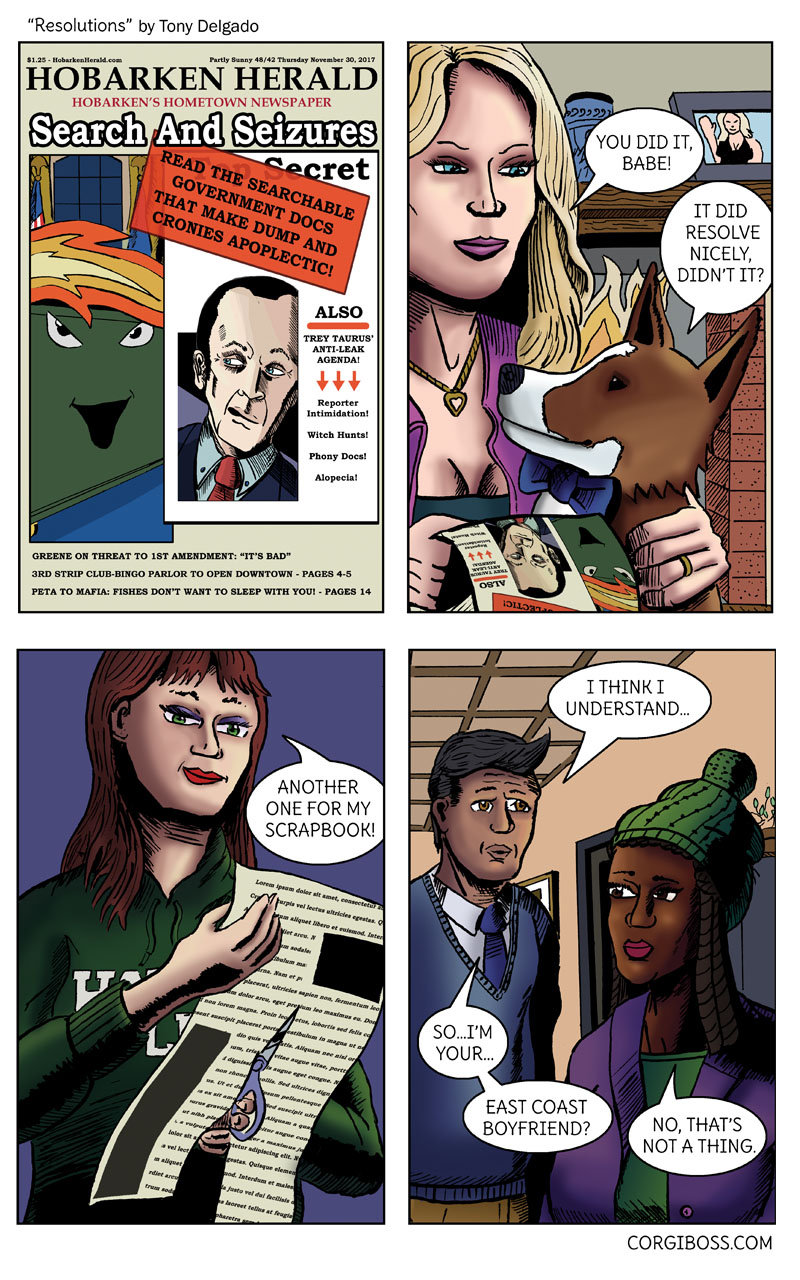 Opinion Page
Captivated Nation In Abusive Relationship with News Cycle That Just Won’t End, Damn it.
Posted November 30, 2017 at 12:01 am

Everyone likes a tidy resolution, don’t they? It keeps a story safe, satisfying, and contained—and thus unlikely to bleed into the real world, overtaking our every idle thought. We don’t have to worry about what happens to a character after we’ve witnessed their long-awaited wedding, their exciting leap into new adventure or, just maybe, their well-deserved murder. (Which is great because I, for one, have other things to worry about—namely my own wedding, next adventure, and murder.)

Resolutions bring order to an otherwise chaotic world, in real life and in fiction. That’s why New Year’s resolutions are so popular. They’re like homework that you assign yourself long after you’ve left school. Does anyone actually care if this is the year you learn French, go vegan, or figure out how to correctly pronounce acai? Of course not. But setting a goal lets you pretend you have control over your life—at least until February rolls around.

Frankly, I’ve never liked resolutions, because they’re usually nothing more than empty promises. They’re like when I tell my boyfriend “I’ll think about it” or “we could do that” or “I’ll add it to my Netflix queue.” Translation: It’s never going to happen. Resolutions are dishonest. They represent an ideal version of yourself you’ll never be and probably never want to be. We want to seem like the kinds of people who have resolutions. We don’t actually want to follow through on them.

So maybe we should embrace the unresolved. We should keep our stories, like our lives, open-ended. Do the characters all live happily ever after? Who knows—who cares? Rip out the last 20 pages of every book you own. Shun the kind of ending that wraps everything up with a bow. Hell, just stop wrapping things up with bows! Are you worried your Christmas gifts will be ugly?

Most importantly, stop worrying about how to end whatever argument you’re making. Haven’t found your point yet? Just share a fun trivia fact!

Trivia: Mary’s backup career plan is to become a feminist hypnotist who makes women forget the words “I’m sorry” to fight the patriarchy.