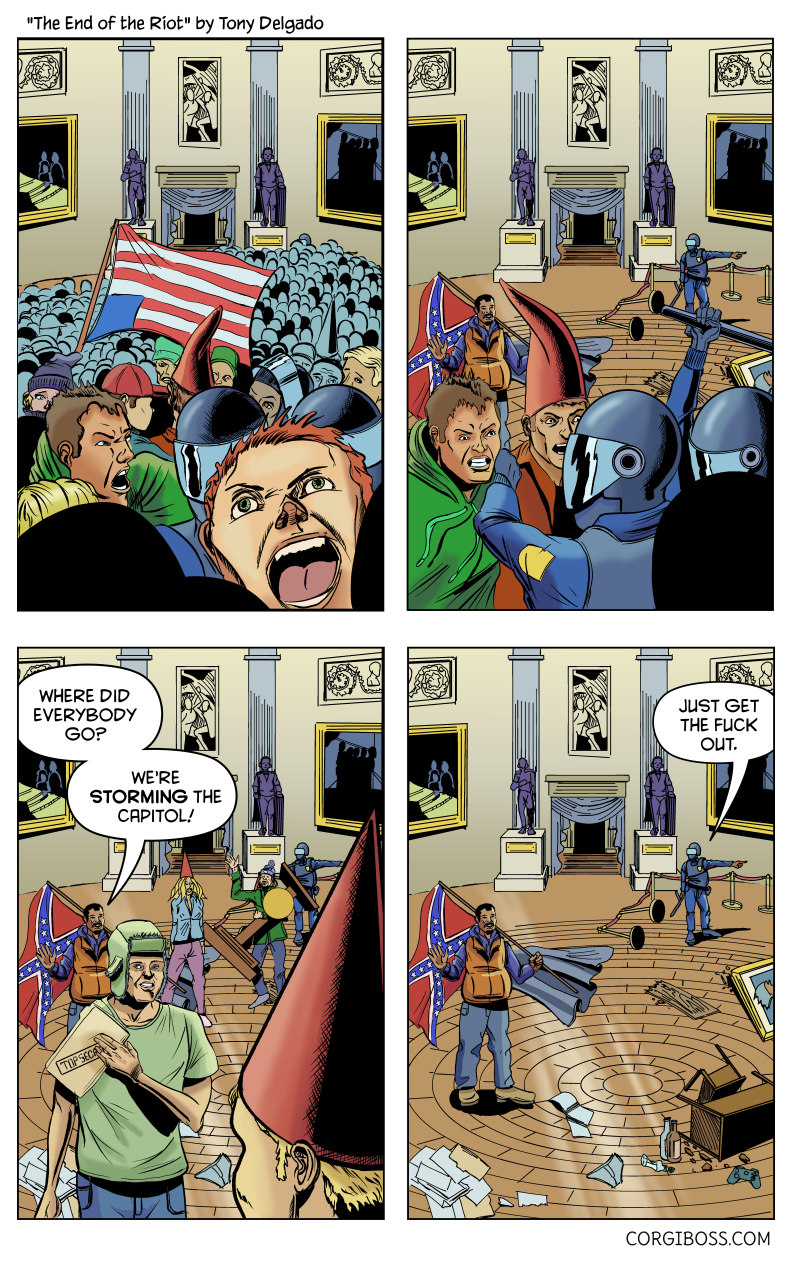 HOBARKEN (Corgi Press) — The Capitol riot, despite resulting in the deaths of multiple people, nonetheless evolved into something like one of those out of control parties from an 80s movie. It did not feature a dancing Tom Hanks (he would never!) or a donkey doing blow, but I wouldn’t have been surprised to see something so crazy. After all, we did see people stealing podiums for some reason.

I’ve never thrown a party that was like a (or was an actual) riot. However, with the parties I thrown, I’ve found that even then as the night wears on, I’m a bit like the Capitol officer here, ready to scream perhaps after a record scratch, “Just get the fuck out.” At my parties, there were no cops being punched, no lynching threats, no coked up donkeys. They were all just regular get-togethers with friends. You just get sick of having people there, messing things up. Nonetheless, at some point the bacchanal has to end, and the party goers need to be charged with federal crimes.

I’m not trying to minimize the danger in the Capitol Riot by comparing it to a bacchanal—not like someone who might compare it to unruly tourists. All I’m saying is parties (or rallies) can be serious business. Remember that in ancient myth Bacchus (and Orpheus!) was torn limb from limb at an out of control party!

Oscar Movie Update: I’ve made it through two more movies. I watched Dune and Don’t Look Up. I found Dune to be OK, but my wife found herself questioning why science fiction and science fiction fans even exist. So, I guess she didn’t like it? I didn’t like Don’t Look Up. It felt a bit scattered, and all over the place. I’ll continue to keep you up to date on any other movies I watch.

See you next week.