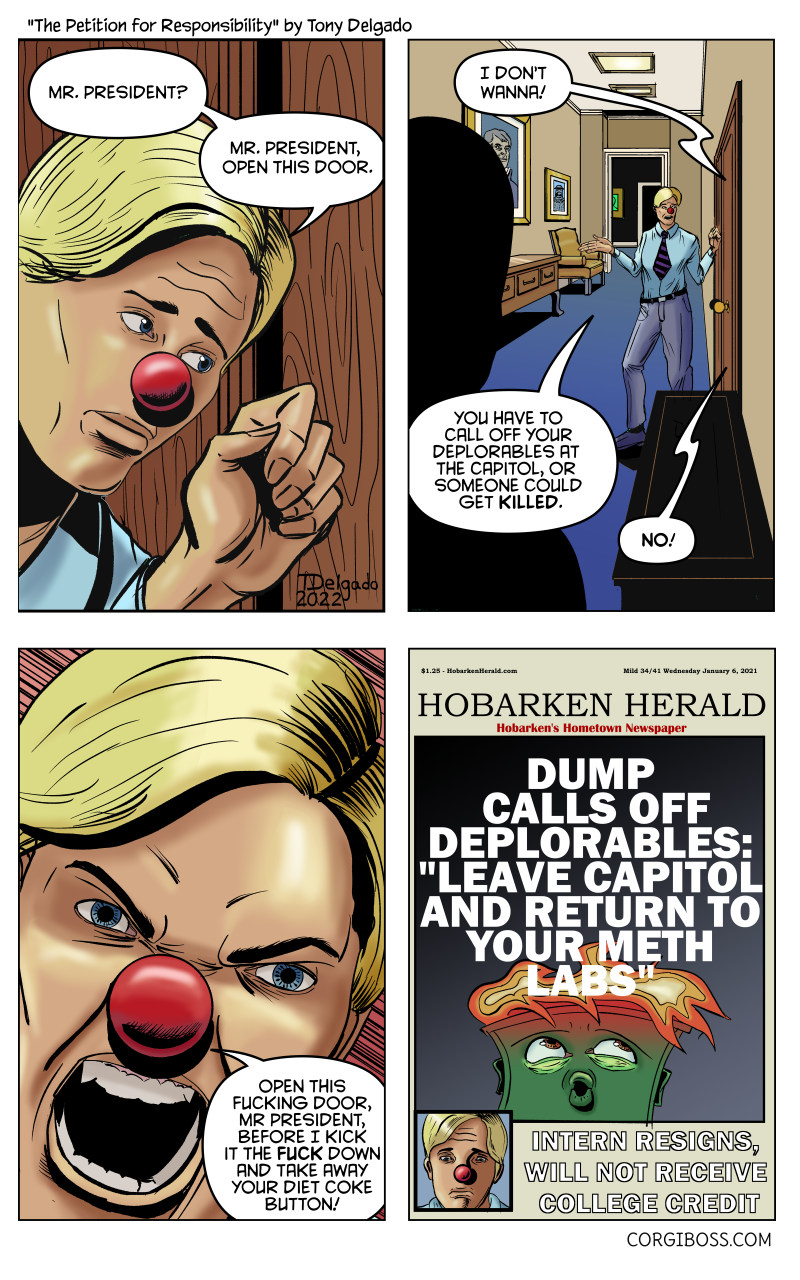 Opinion Page
Tone Police Release Statement: "We're Investigating Exactly What That Was Supposed To Mean"
Posted February 15, 2022 at 12:01 am

HOBARKEN (Corgi Press) — It’s never a good idea to yell at your boss regardless of how much they might deserve it. Maybe you could get away with it if your boss were on fire. Maybe. You might yell at them, “Shut up boss, and stop, drop, and roll right now!” You might actually receive a promotion for saving their life instead of a pink slip. However, the cynic in me would still expect to be fired. Yes, he saved me from burning to death, but did he have to be so rude about it. In life-threatening situations, it’s hard to remember to synergize, circle back, and deliver feedback in a way that is sensitive to the recipient.

Beyond wanting to yell at your boss, I feel like a lot of people in the previous Presidential administration were doing a similar sort of calculus as the intern has been doing. They were hoping that they could fill their resume with prestigious posting before being implicated in a coup attempt or corruption investigation. Can you get in and get out while still receiving the maximum credit? It’s as complex as navigating a Trader Joe’s parking lot.

In other news, I’ve begun working my way through the Oscar nominations. I’ve watched three films so far, and I’m a little nervous that the crop of films nominated is not as competitive as most other years because of the pandemic. I expect film companies might have been reluctant to release some movies, and studios had some difficulties bringing films into production. More than the usual, the best pictures might actual just be the best we have for now. Who knows though! I’ve seen Belfast, Nightmare Alley, Power of the Dog, and Spencer. Of those, the only Power of the Dog and Nightmare Alley were particularly notably—and I preferred the original version of Nightmare Alley over this remake. :-/